ShannonWatch says recorded over two craft a day linked to US Air Force, Marines or Navy 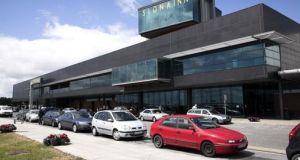 The ShannonWatch group, which monitors activity at Shannon international airport, said it recorded more than two planes every day in 2016 owned by or operated on behalf of the US Air Force, Marines or Navy. File photograph: Getty Images

The ShannonWatch group, which monitors activity at the international airport, said it recorded more than two planes every day owned by or operated on behalf of the US Air Force, Marines or Navy.

The figure is the highest number recorded by the group since it began daily monitoring in 2008.

Ed Horgan, spokesman for the campaign and a former Irish Army officer and United Nations elections inspector, said: “These are the numbers recorded by ShannonWatch, but they may not reflect the total numbers coming through.

“The numbers surprised me.”

More than 400 of the flights recorded by ShannonWatch were operated by the US Air Force, Navy or Marines.

The rest were contracted troop carriers, with the operators regularly granted permits by the Department of Transport for soldiers to carry their weapons, including rifles without ammunition.

Figures on permits for weapons in 2016 have not been made public but in 2015 the Department of Transport granted 584 exemptions for aircraft to land at Shannon with guns on board, compared to 1,495 in 2007. There were 19 refusals.

Mr Horgan said Ireland’s approach to the use of airspace and airports as a neutral country should be compared with the attitudes of Switzerland and Austria - two countries which routinely refuse US military access.