Website run by Leo Sherlock down because of ‘technical problem’ 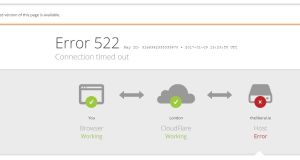 The website has been down since before 1pm on Monday. 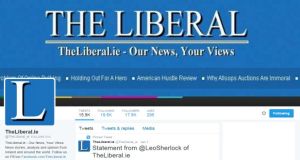 The website has been down since before 1pm on Monday.

Controversial website TheLiberal.ie, which has been embroiled in controversy in recent days, was inaccessible on Monday.

The site, run by Leo Sherlock, has been accused of plagiarising news outlets without attribution and of producing fake news. Mr Sherlock has strenuously denied these claims.

Mr Sherlock told The Irish Times the site – which was inaccessible since before 1pm on Monday – was down for technical reasons.

“We are just doing a technical update, that’s all, and a back up. It’ll be back hopefully in the next hour,” he said at 2pm.

Later, he posted an update on The Liberal’s Twitter account: “We’re currently completing a scheduled necessary technical update and will be back online when it’s completed. We apologise for any inconvenience caused.”

On Saturday, he issued a statement saying The Liberal had been subjected to a “vicious agenda-driven hate campaign over the past couple of days” and promised to sue those who have accused him of “racist connotations”.

The Liberal reported on an incident in Dublin city centre on St Stephen’s Day which it claimed was a “massive riot of 250 mostly African Irish youths” and that media organisations refused to report on it because of political correctness.

Gardaí confirmed there was an incident, but not a large-scale riot as described on the website. “No one had been injured and there was no evidence of any weapons involved,” a Garda spokesman said.

The spokesman told The Irish Times last week three boys and a girl were held in connection with public order offences in the Henry Street area and released a short time afterwards on St Stephen’s Day.

A staff member at a shop on Henry Street said the incidents started at about 5pm. He said it was tense at the beginning, but “they were only kids who ran up and down the street and made noise. We didn’t have to close.”

A security man at another shop on the street said about 80 to 100 people teamed up and ran up and down the middle of Henry Street to where there was an unmarked Garda car. He said that those involved were “a mixture of mainly black and some white guys”.

The Director of Public Prosecutions (DPP) is to decide whether any charges are to be brought against the four youths.

The Liberal.ie is being sued by the court agency CCC Nuacht over the unauthorised use of its copyrighted material. Proceedings are being brought in the Ardee District Court which is the nearest court to where Mr Sherlock lives in Co Louth.

CCC Nuacht has brought a case against him arising out of the publication on TheLiberal.ie website of four articles between June 2015 and July 2016 which it alleges constitute a breach of copyright.