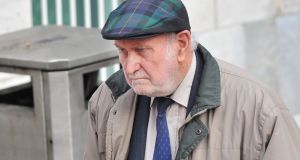 Louise O’Keeffe, a survivor of sex abuse, has called on the Department of Education to hold a public inquiry into how convicted sex abuser Leo Hickey could be allowed abuse a boy in a school in Ballincollig more than 15 years after he left a school in west Cork because of his abuse of young girls.

Ms O’Keeffe was abused by Hickey while a student at Dunderrow National School in west Cork in the 1970s. “There was a complaint made about Leo Hickey in 1971 and then in 1973, there were numerous complaints in 1973, and he went out on sick leave,” she said. “But a day after he resigned from Dunderrow, on January 31st, 1974, he started teaching in Scoil Eoin in Ballincollig.”

“It’s extremely disappointing to think that not only was Hickey allowed to continue abusing girls in Dunderrow after the first complaint was made in 1971 but that he was allowed move to another school, where 15 years later he abused young Daniel Kelleher. ”

Ms O’Keeffe was speaking after Hickey was sentenced on Tuesday to three years in jail with two years suspended after he was convicted unanimously by a jury of eight counts of abusing Mr Kelleher – then a nine-year-old – at Scoil Eoin in Ballincollig between November 1991 and June 1992.

Hickey, from Réalt na Mara, Skevanish, Innishannon, Co Cork, had previously been jailed for three years in 1998 when he pleaded guilty to 21 sample counts from 387 charges of abusing 21 young girls, including Ms O’Keeffe, at Dunderrow National School between 1964 and 1973.

During his sentencing hearing for the Dunderrow abuse, defence lawyers made the case in mitigation that Hickey, realising that he was attracted to little girls, removed himself from Dunderrow and applied to work in a boy schools as he was not attracted to young boys.

Ms O’Keeffe, who successfully sued Ireland at the European Court of Human Rights over the State’s failure to protect her from abuse by Hickey, said the State had also clearly failed Daniel Kelleher by allowing Hickey to abuse him some 15 years plus years after he had abused her.

Speaking after the case where Hickey was sentenced for abusing him, Mr Kelleher said he felt sure that he would not have had to face down Hickey in court over his abuse if the State had done its job properly after complaints were made about him in Dunderrow in 1973.

Ms O’Keeffe s said that while it was disappointing to think Hickey could abuse Mr Kelleher years after he left Dunderrow, the latest conviction did at least mean Hickey would now be registered as a sex offender, as the register did not exist in 1998 when he was convicted of the earlier abuse.