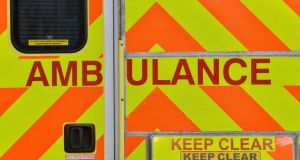 A key objective of the Government’s winter plan would be to cut waiting lists by over a third and to improve patient’s experience in emergency departments, according to sources. Photograph: Alan Betson

About 1,500 hospital beds, more than four million additional home-support hours and hundreds of additional staff are expected to be put in place as part of the HSE’s €600 million winter plan.

Under the plan, to be announced today, the HSE will also seek to have more than 1.5 million people receive the flu vaccine in the weeks ahead.

The Government will invest €130 million to put in place an additional 4.5 million home support hours over the winter period to deal with waiting lists in this area. The Department of Health said earlier this month that there were 4,550 people in July waiting for home-support service.

Political sources said another key objective would be to cut waiting lists by more than a third and to improve patient’s experience in emergency departments.

The plan will also see €20 million allocated to pay for GPs to have access to diagnostic services such as X-rays and CT scans for their patients in the community rather than having to send them to hospitals. Health chiefs hope this initiative will reduce by 20 per cent the number of over-75s attending emergency departments.

As part of the plan, €200 million will be earmarked for services in the run-up to Christmas with €400 million to be spent in early 2021.

One of the main aims of the plan is to keep people out of the hospital system as far as practical against the backdrop of the current surge in Covid-19 cases.

Hospitals will seek to relocate many outpatient clinics to other HSE premises in the community.

Community assessment hubs will also be used in the months ahead which will aim to deal with patients, particularly those with chronic conditions.

It is expected the plan will say about 900 acute hospital beds will be put in place.

About 500 subacute hospital beds – for patients who need hospital care but not necessarily in a a major acute facility – will also be announced as part of the new plan. However it is understood some of these beds are already open.

About 600 rehabilitation beds will also be set out.

The HSE will buy approximately 1.35 million doses of flu vaccine for adults and 600,000 doses for children aged between two and 12 years.

The aim is to have more than 1.5 million people vaccinated against the flu this winter.

The bill for vaccinations as part of the new plan is expected to be about €55 million.

In terms of expanding Ireland’s testing and tracing facilities for Covid-19, the winter plan will commit to having a workforce of about 3,000 people in this area. Recruitment for some of these positions has already commenced as staff who are currently in this role on secondment will ultimately be redeployed.