Downing Street moves to give spies licence to commit crimes 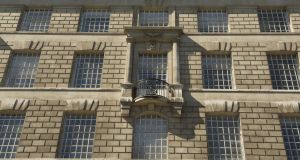 The UK government is to introduce legislation in parliament on Thursday that would give undercover agents the legal authority to commit crimes.

The Home Office said the Covert Human Intelligence Sources Bill provided “express legal basis for the existing capability of undercover operatives and agents to participate in criminality to tackle terrorism and serious crime”.

Human rights and civil liberties organisations have raised concerns that the proposed legislation appears to put no specific limit on the type of crime that could be authorised.

Reprieve, Privacy International, the Pat Finucane Centre and the Committee on the Administration of Justice (CAJ) have called for the Bill to be amended to include explicit restrictions against the most serious offences, including murder, torture and sexual violence.

However, in a joint statement they said the introduction of the Bill was in effect a concession by the UK government to the fundamental constitutional issues raised by them in court last year.

The case challenged the legality of a previously secret MI5 policy under which agents were authorised to commit crimes.

“The Bill represents a belated recognition by the government that it cannot continue secretly and informally signing off crimes, but rather must put this process on a legislative footing of some kind,” the organisations said.

The Bill will place on a statutory basis the authorisation to participate in criminal activity, which is already given by a number of public authorities in the UK.

In so doing, the UK Home Office said, “it will provide certainty to public authorities already using this critical capacity and confirm a common set of safeguards which they are bound by, including compliance with human rights”.

The authorities that will be authorised under the Bill include the police, the UK armed forces, the Home Office, Her Majesty’s Revenue and Customs, the Environment Agency and the Financial Conduct Authority.

“In Northern Ireland we have a particular experience of where the policy of tolerating, encouraging or facilitating criminality by agents can lead,” said Daniel Holder, the deputy director of the CAJ.

“Informant-based collusion with paramilitary groups was one of the patterns of human rights violations that fuelled and prolonged the conflict here.

“Independent inquiries into our past have found that when intelligence units of the security forces were running informants, they were acting as if the law did not apply to them.

A Home Office spokeswoman said all public authorities were bound by the Human Rights Act, and any authority given to commit a crime would be necessary and proportionate, and at the lowest level possible to prevent the commission of a more serious crime.