Elderly man dies after being hit by truck in north Cork 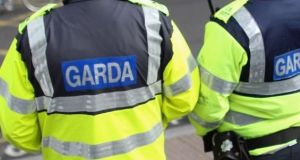 Gardaí have appealed for witnesses following the death of an elderly man on the main Cork-Limerick Road through Charleville on Wednesday.

The man, named locally as Eddie Goggin (83) from Beech Avenue, Brindle Hill in Charleville, was crossing Main Street in the town just before 11am on Wednesday when he was struck by a truck.

Mr Goggin was crossing through the traffic which was stopped and less than 20 yards from a pedestrian crossing when the traffic began to move off and he was fatally injured.

The emergency services were alerted and paramedics and personnel from Charleville Fire Brigade were quickly on the scene and worked to save Mr Goggin but he was pronounced dead at the scene.

Gardaí cordoned off the scene as the body of Mr Goggin, who is survived by his wife and adult children, was removed to Cork University Hospital for a post-mortem examination.

The road was closed and diversions were put in place for over eight hours as a Garda forensic crash investigator carried out a technical examination of the scene to try to establish what happened.

The driver of the truck, a 58-year-old man from the northside of Cork city, was not injured in the collision but was badly shaken and was treated at the scene by paramedics for shock.

Gardaí from Charleville began harvesting CCTV footage from business premises in the centre of town and examining the footage to see if any of their cameras captured the incident.

And they have also appealed to any witnesses including motorists on Main Street who might have dash cam footage to contact them at Charleville Garda Station on 063-21770.