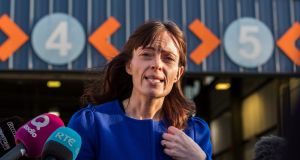 A total of £700m was wasted by delays and budget overruns on 11 of Northern Ireland’s highest priority infrastructure projects, according to a report published on Thursday by the Northern Assembly’s Public Accounts Committee (PAC).

The committee chairman, the DUP MLA William Humphrey, said the committee was “shocked” by their findings, which were “apparent across the entire range of high value and flagship projects.”

The £700m “could have been better invested in our schools, hospitals, roads and transport networks,” he said.

The projects considered by the committee included the upgrades to the A6 and A5 roads, the Belfast Mother and Children’s Hospital, public transport infrastructure in Belfast, Ulster University’s Greater Belfast development and regional and sub-regional sports stadia, such as Casement Park, the Kingspan Stadium and Windsor Park.

The committee made 15 recommendations, including the need for accountability for delivery at the top of the civil service and central monitoring of major capital projects.

The system for commissioning and delivering major capital projects was, it said, “over-complicated” and “there remains a need to assess the extent to which alternative structures could improve project delivery.”

The report also concluded that many of the issues “could have been reduced if, at the outset of projects, departments had fully considered, and planned for, project risks and engaged adequately with planners, local communities and special interest groups.”

This was “particularly evident”, the committee said, in regard to the Casement Park project.

Plans to develop the now virtually derelict stadium have been stalled amid legal and planning rows for about seven years.

The committee said it had been “appalled” to learn that advice from experienced, external consultants was only sought after initial planning permission was quashed, and it was “incredible” that the issue of traffic at the stadium had not been foreseen and addressed at the start of the project.

In consequence, it recommended that “expert advice is sought, and acted upon, by departments at the outset of projects.”

The Department for Communities’ experience with Casement Park, the Committee said, “clearly illustrates the consequences of failing to undertake effective engagement with local communities at the outset of projects” and “without community confidence and buy-in to the project, much upset was caused, significant project delays were encountered and development costs more than doubled.

“That is not acceptable and, in the committee’s view, could have been avoided.”

The report also noted the delays associated with securing planning permission and judicial reviews, and recommended that the civil service works with the judiciary to simplify and improve the process, including reviewing the bar for taking judicial reviews.

It was “vitally important”, the report found, that senior staff in projects “have relevant experience and are retained throughout life of projects to ensure transparency and accountability.”

“These important capital projects should and could have been delivered without many of the delays and excess costs,” Mr Humphrey said.

“We are clear that the departments involved, and the civil service, need to make the improvements we have outlined in our recommendations.”