Vicky Phelan considers move to US for experimental drug trial 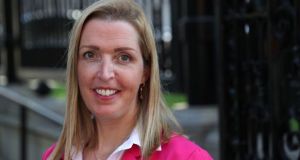 The CervicalCheck campaigner Vicky Phelan is considering a six month move to the US to take part in an experimental drug trial.

Ms Phelan, who recently discussed having found a new tumour on her lung, said she wished to seek out an alternative drug treatment to chemotherapy, given the toll it takes on cancer patients.

“I don’t really have other options other than chemotherapy. And for me once I go on chemotherapy that’s the end of the road because I know how sick I’m going to be; I have seen enough women go down this road,” she said in an interview on RTÉ’s Claire Byrne Live on Monday, explaining that she might get between seven and 12 months at best from chemotherapy.

“I think you look like a cancer patient once you lose your hair.”

She did not say what drug is currently being tested in the US clinical trial but that it is now in its second phase, focusing on dosage, and has had some promising outcomes for patients including herself who have been on the Pembro drug.

Participation would involve moving there for at least six months. “It looks like that could be where I’m going next year.”

The Limerick mother who has been at the centre of the CervicalCheck controversy has been battling with her campaign group 221+ for what she believes is a fair tribunal approach to help those affected.

The group recently ended negotiations with the Government and on Monday night Ms Phelan said they were now “done talking” unless major reforms on the tribunal structure and approach could be offered.

She also said her personal health had motivated her to get behind People Before Profit TD Gino Kenny’s push for assisted dying legislation. Her form of cancer can lead to complications and pain in patients.

“I know unfortunately what is facing me and that is quite frightening. Nobody wants to die in pain,” she said.

“I believe strongly that when you’re terminally ill, when you’re at a stage where you know there’s no coming back, you should be allowed to die with dignity and not suffering.”