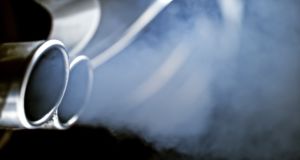 Extended exposure to pollutants commonly found in vehicle exhaust can be linked to a heightened risk of the eye condition known as age-related macular degeneration (AMD), according to peer-reviewed study.

AMD is one of the most common eye conditions for older age groups, and it can be influenced by both genetic and environmental factors, the study published online in the Journal of Investigative Medicine says. The disease affects the middle of the retina, which is called the macula.

The study, conducted by researchers in Taiwan, looked at 39,819 people aged 50 and above-a majority of which lived mostly in either highly or moderately urbanised areas. Researchers used data from national health insurance and air quality monitoring from 1998 to 2010.

During the monitoring period, a total of 1,442 people developed cases of AMD.

Those with the highest level of exposure to nitrogen dioxide were nearly twice as likely (91 per cent) to develop AMD than those exposed to the lowest level.

In July, the Environmental Protection Agency issued a warning for Dublin, citing nearly a dozen testing stations in the city where the nitrogen dioxide levels exceeded the annual limits established by the EPA.

The study was observational, meaning the results can’t definitively establish cause. The researchers also note that additional risk factors, such as smoking or genetics, were not included in the data.