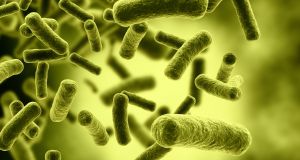 The HSE is seeking nearly €8m in additional funding to allow it to recruit about 80 key personnel such as microbiologists and laboratory staff to deal with the threat. File image: iStock

New superbugs are leading to avoidable deaths in hospitals across the State and could undermine the sustainability of the entire healthcare system if not tackled, the head of the HSE has warned the Government.

Mr O’Brien said the biggest concern was a group of antibiotic resistant bacteria known as CPE. He said the incidence of CPE was growing rapidly.

He warned Minister for Health Simon Harris that tackling the spread of superbugs in hospitals could clash with plans to deal with overcrowding in emergency departments this winter.

The HSE was seeking nearly €8 million in additional funding to allow it to recruit about 80 key personnel such as microbiologists and laboratory staff to deal with the threat, he added.

The letter came in advance of Mr Harris announcing the convening of the National Public Health Emergency Team yesterday to respond to the bug.

Human infections with CPE are associated with poorer patient outcomes and mortality rates exceeding 40-50 per cent, and higher hospital costs. The bug carbapenemase-producing enterobacteriaceae (CPE), also referred to as carbapenem-resistant enterobacteriaceae (CRE), is the newest “superbug” that is hard to kill with antibiotics.

His letter added: “The challenge has now escalated to a new level with the first detection in a hospital in Ireland in June 2017 of a CPE that also carries a gene called MCR. This CPE bacteria is also resistant to colistin which has become one of the few antibiotics that we have been able to rely on for the treatment of CPE.”