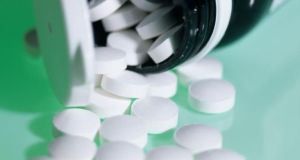 Blood-thinning drugs may protect against dementia as well as stroke in people suffering from irregular heartbeat, new research suggests.

A study found that patients being treated for atrial fibrillation (AF) were less likely to develop dementia if they were taking anticoagulants.

Their risk was reduced by up to 48 per cent compared with others with the same condition who were not prescribed the drugs.

While the findings cannot prove cause and effect, they “strongly suggest” that blood-thinning pills protect against dementia in patients with the condition, said the team.

Atrial fibrillation is known to increase the risk of stroke and blood clots, which some experts think may appear in the brain and help trigger dementia.

Dr Leif Friberg, from the Karolinska Institute in Stockholm, Sweden, who co-led the study, said: “As a clinician I know there are AF patients who have a fatalistic view upon stroke. Either it happens or it does not. Few patients are fatalistic about dementia, which gradually makes you lose your mind.

“No brain can withstand a constant bombardment of microscopic clots in the long run. Patients probably want to hang on to as many of their little grey cells for as long as they can.

“In order to preserve what you’ve got, you should take care to use anticoagulants if you are diagnosed with AF, as they have been proved to protect against stroke and, which this study indicates, also appear to protect against dementia.”

This is the largest study ever to examine the link between anticoagulant treatment and dementia in AF patients.

The researchers identified everyone in Sweden who had been given a diagnosis of AF between 2006 and 2014.

Monitoring each person’s progress provided 1.5 million years of follow-up during which 26,210 patients were diagnosed with dementia.

When they first joined the study, 54 per cent of patients were not taking oral anticoagulants such as warfarin. The researchers found that the strongest predictors for dementia were lack of oral anticoagulant treatment, aging, Parkinson’s disease and alcohol abuse.

They also found that the sooner oral anticoagulant treatment was started after a diagnosis of AF, the greater was the protective effect against dementia.

Their protective effect was greater the earlier treatment started after a diagnosis of AF, the scientists found.

AF is known to carry an increased risk of stroke and dementia, and anticoagulants have been shown to reduce the likelihood of stroke. Until now it was not clear whether anticoagulants could also prevent dementia; however, it was thought possible because if the drugs can prevent the big blood clots that cause stroke, they might also protect against the small clots that can cause unnoticed microscopic strokes that eventually lead to cognitive deterioration.

Dr Friberg said patients should begin taking the drugs as soon as possible and continue using them.

He added: “Doctors should not tell their patients to stop using oral anticoagulants without a really good reason.

“To patients, I would say ‘Don’t stop unless your doctor says so’.”

The study, published in the European Heart Journal, found no difference in dementia prevention between the older blood-thinning drug warfarin and newer anticoagulants.

Prof Jeremy Pearson, associate medical director at the British Heart Foundation, said: “Strokes caused by a clot blocking the blood vessels in the brain are a major cause of dementia, and atrial fibrillation is an important risk factor as it increases the chances of these clots forming.

“By treating AF patients with blood-thinning drugs, you reduce the risk of both stroke and dementia.”

Dr Carol Routledge, head of science at Alzheimer’s Research UK, said: “The findings highlight a need to investigate this link further, but the nature of the study prevents us from firmly concluding that anticoagulants reduce the risk of dementia.

“It will be important to see the results of other ongoing studies in this area, as well as teasing apart the exact relationship between anticoagulants and the risk of different types of dementia.”