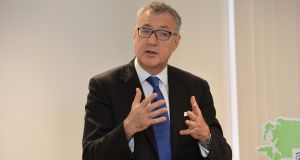 Leading medical experts have called on the board of St Vincent’s University Hospital to provide public assurances that the facility operates independently of any religious ethos, following controversy over the planned relocation of the National Maternity Hospital to the Sisters of Charity-owned facility.

The fallout from the decision to locate the new maternity hospital at St Vincent’s Dublin campus continued on Saturday, following the resignations of Dr Peter Boylan from the National Maternity Hospital’s board and relocation project planner Prof Chris Fitzpatrick during the week.

The National Maternity Hospital’s board has already provided assurances that the new facility will be run independently and will carry out procedures, such as IVF, sterilisations and abortions, that are opposed by the Catholic Church.

“I think what needs to happen, in my opinion, is that the board of Vincent’s, whether they represent the nuns or not, they need to come out and say: ‘This hospital is truly independent, even though the church holds a view on sterilisation, on terminations, on IVF.

Prof Crown said he did not know if there would be religious interference in the running of the new National Maternity Hospital, despite assertions to the contrary.

He said the new facility was badly needed, as the care model for existing maternity services in Dublin was “obsolete” and “unsafe”.

He described the pressure Dr Boylan came under to resign from the board of the National Maternity Hospital for expressing “entirely justifiable” concerns over the ownership of the new hospital as an “inexcusable abandonment”.

In an interview with the Irish Independent, master of the existing National Maternity Hospital at Holles Street Dr Rhona Mahony said the move should not be stopped because of a “sideshow” over possible religious interference.

She described the swift establishment of a new National Maternity Hospital as a “clinical imperative”.

She also downplayed the recent row among the maternity hospital’s board members, describing it as a “purely corporate governance issue”.

Speaking on the Marian Finucane Show on Sunday Dr John Murphy, a consultant neonatologist attached to the National Maternity Hospital and HSE clinical lead for neonatology, emphasised that all procedures currently performed at the hospital will continue to take place.

“Categorically all procedures that currently take place in the National Maternity Hospital now will take place on the new site,” he said.

Independent Senator Rónán Mullen defended the record of healthcare services run by the Sisters of Charity, but said he would prefer if the new hospital were to be built on a different site.

“I think this is a real sad mess, and I think I would prefer if this hospital wasn’t being built on this particular site at this stage,” he told RTÉ Radio One’s Saturday with Claire Byrne,

“We should remember, we all know about the [Sister of Charity’s] serious failings at times, but the [healthcare] record is actually fantastic and it’s heroic when one thinks of all the free stuff and all the good work that has been done,” Mr Mullen said.

Mr Mullen said the Sisters of Charity had “dropped the ball” on the controversy, following what may have been bad advice from “lay professionals”.

He also criticised the alleged portrayal of the order as a “sinister force”.

Fine Gael MEP Brian Hayes said on the show that everyone with an interest in the project needed to “divest ourselves of ideology” so that the new hospital could be built.