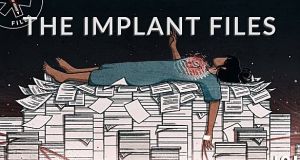 The Irish Times has been working in partnership with the ICIJ on the Implant Files, which examines the regulation of medical devices.

The medical device industry and its regulators are struggling to quickly identify hazardous implants after they are released, the National Office of Clinical Audit has warned.

The Irish Times has been working in partnership with the International Consortium of Investigative Journalists (ICIJ) on a project, the Implant Files, which examined the regulation of medical devices. Media partners in Europe, the US, India, North and South America, Asia and Australia took part in the investigation.

As part of its coverage, The Irish Times published a major report on the DePuy metal hip, which was introduced in 2004 and withdrawn in 2010. There are currently more than 1,000 cases before the High Court from Irish patients seeking damages arising from the controversial new product.

The hip was recalled after data from the National Joint Registry for England, Wales, Northern Ireland and the Isle of Man showed it was failing in a higher percentage of patients than other types of hip replacement products.

The National Office of Clinical Audit (Noca) said it welcomed the ICIJ project and the reports highlighting the need for stringent medical device regulation. The article on the DePuy hips “has put a spotlight on how Irish patients have been impacted”.

One of the key findings of the Implant Files, it said, was that patients are exposed because of the failure by the device industry and its regulators to quickly identify hazardous implants after they are released.

“In Ireland, an estimated 3,500 people had received this [DePuy] implant following hip replacement surgery, the highest usage of this implant per capita in the world.

“As there was no national implant register in place at that time, hospitals had to undertake a lengthy review of all theatre diaries and patient charts to identify patients who may have received these implants. This process took years in some instances.”

The organisation, established to create sustainable clinical audit programmes at national level, said the global recall of the DePuy hip highlighted the need for a national register for such implants.

The register is currently being rolled out across public hospitals. Private hospitals are to become involved once a funding model is agreed.

The Irish National Orthopaedic Register (INOR) monitors the safety of implants and if an episode such as that of the DePuy hips now occurred, information about recipients would be available in minutes rather than months or years, Noca said in a statement.

In his recent report on the use of polypropylene mesh in the treatment of stress urinary incontinence in women, the chief medical officer has recommended that a national registry should be established for mesh implants, the organisation noted.

“The technology and structures that are in place for INOR for hip and knee implants, with additional funding and support from the Government, could be expanded to support all implants, providing up-to-date patient safety and instant recall information.”

Meanwhile the Royal College of Surgeons in Ireland (RCSI) has warned the scale of technological advances in medical devices poses a huge challenge for surgeons and regulators.

Many of the innovations in medical devices have had major benefits in improving treatment options for patients and their outcomes, RCSI president Kenneth Mealy said.

“It is acknowledged, however, that reform of the level of testing prior to releasing a device on to the market and the post-marketing surveillance is needed to assure the highest standards of patient safety.”

As the body responsible for the training and professional standards for surgeons in Ireland, the RCSI supports measures that assure patient safety, he said.

“RCSI has produced a code of conduct for surgeons, which, along with the Ethical Guide from the Medical Council, provides guidance for surgeons on their involvement with research, industry and provision of care to their patients.”

The EU is currently putting in place a reformed system of medical device regulation, a process which began as a result of a number of scandals, including the metal hip controversy and a scandal involving industrial silicone being used in breast implants.

In the US there is concern that the standard of regulation by the Food and Drug Administration may be affected by a general move in favour of less stringent business regulation. Many countries in the developing world rely on the regulators in the EU and the US to monitor new medical devices.