Medical devices subject of 1,000-plus negative reports in 2018 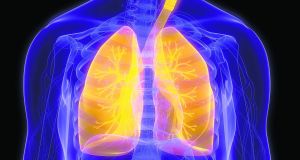 In Ireland, medical device manufacturers are obliged to report adverse health outcomes that might be linked to their implements to the HPRA.

Eight deaths that might have been caused by medical devices were reported in the first nine months of this year to the relevant Irish regulator, according to figures given to The Irish Times.

There has been a steadily growing number of adverse incidents possibly linked to medical devices being reported each year to the Health Products Regulation Authority (HPRA), which regulates medical devices, with more than 1,000 reports last year.

An incident is an event that led, or might have led, to the death of a patient or serious deterioration of their health, and which may have been caused by a medical device or the instructions that govern its use.

In the years since 2015, investigations by the HPRA have found that up to 80 per cent of incidents reported to it in any year were in fact caused by, or may have been caused by, medical devices, or prompted changes by their manufacturers in the device or the accompanying instructions.

No deaths have been definitively attributed to a medical device since 2015, though 17 of the fatal cases reported since then remain under investigation, including the eight reported this year up to September.

A spokeswoman said the authority “considers that it is unlikely that many or any of the 17 would have been caused by the device”.

The Irish Times is part of a project – the Implant Files – that has been organised through the International Consortium of Investigative Journalists (ICIJ) and which is examining the regulation of the medical device sector.

As part of the project, the International Medical Devices Database has been developed which allows easy online access to data on adverse events linked to, or potentially linked to, medical devices.

The database, which mostly involves US reports, can be searched by product type so that members of the public can access information about particular devices. However, it is not intended to be a substitute for medical advice. The database can be accessed at icij.org.

Here, medical device manufacturers are obliged to report adverse health outcomes that might be linked to their devices to the HPRA. Medical practitioners are also urged to report suspected cases.

The HPRA’s head of medical device regulation, Dr Niall MacAleenan, said the increase in reporting levels is due to the drive to encourage better reporting.

There was a spike in reports in 2012, when the total jumped to 706 from the previous year’s 408. Dr MacAleenan said this was due to the DePuy metal hip product, which was removed from the market in 2010.

As part of its Implant Files coverage, The Irish Times is publishing a detailed report on the DePuy metal hip, which was withdrawn after six years on the market.

The DePuy controversy, and a scandal over industrial-grade silicone being used in breast implants, led to the decision to reform the EU system of medical device regulation, a process which is ongoing.

Medical devices require a different type of regulation to that of pharmaceuticals, not least because they are often designed to be inside a patient’s body for years, Dr MacAleenan said.