Q&A: Why is the travel green list causing such a problem?

The advice is not to take foreign holidays so why are we compiling a list of safe countries? 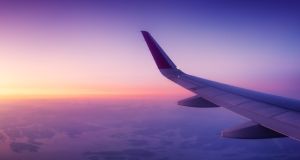 People who travel outside of Ireland will invalidate their travel insurance even if the country they visit is on the list. Photograph: iStock

Why is there such controversy in Ireland over the issuing of a green list?

Publication of Ireland’s so-called “green list” of countries that are safe to travel to during the Covid-19 pandemic is delayed yet again, amid growing recrimination.

It is now likely to come in the form of a very limited number of countries agreed at a Cabinet meeting on Tuesday. In others words, it will identify the countries that have a similar level of coronavirus to us – or lower.

If only it was that easy. The messaging around this approach has becoming utterly confusing, if not illogical.

“Green” suggests go, yet the public health recommendation from Nphet is against “non-essential travel” ie taking a holiday – the unofficial advice seems to be: “just don’t go!” Meanwhile, Ryanair continues to advertise about operating 1,000 flights a day, with a clear “go holiday” message.

Meanwhile, arrangements for those coming to Ireland is equally confusing, but giving rise to particular concerns because of lack of consistency on isolation requirements and follow-up after arrival in Ireland. This is fuelling fears it could be the weak point that could lead to a second surge of cases.

The worrying backdrop is the pandemic is accelerating globally with 14.6 million cases and more than 600,000 deaths – travel remains a key vector of transmission.

The prolonged meeting of EU leaders gathered in Brussels in efforts to agree a Covid-19 rescue package has detained Taoiseach Micheál Martin, resulting in the latest delay.

Separately, there are obvious tensions about how best to proceed among the three parties in Government, exacerbated by obvious confusion about messaging, different forms of lists operating in Europe, and marked differences between Ireland and the UK, manifest in divergent arrangements between the Republic and Northern Ireland.

Why do we need a green list when advice is don’t fly?

The concept of a list arose some months ago as countries desperately sought to re-open their economies to ease the effects of lockdown.

It was supposed to be a controlled way of returning to a degree of normality by agreeing “travel corridors” between countries getting control of the virus, or having in effect eliminated it.

It was a pragmatic approach, given variation in response of different countries, while recognising particular progress at a European level – and reflected that we probably have to live with Covid-19 for years to come.

The outgoing government favoured this approach and committed to publishing the list. There is no doubt that delays in forming a government pushed back its publication, heightened confusion and coincided with Ireland becoming out of step with most of Europe.

EU countries within the Schengen area lifted border closures by June 15th under agreed guidelines. Ireland being in the common travel area with the UK compounded difficulties. The added problem since is that outbreaks have persisted, even in countries that initially were doing well.

Is there any merit now for persisting with a list?

Arguably, a list of countries performing on a par with Ireland or better is a logical way to go, and can inform better policy in the best interest of public health.

The list can be regularly updated, expanded in line with low incidence or adjusted when a country is not doing well based on a key indicator; the 14-day cumulative number of coronavirus infections per 100,000 people.

Equally, essential travel has to be facilitated for trade purposes and travel corridors enable arrangements to be optimised based on up-to-date data in spite of obvious difficulties with disease spikes.

The problem is that agreeing a list doesn’t necessarily resolve other key issues, most notably confused messaging for the public and differences in restrictions and advice between north and south, which heighten risk of a resurgence.

So what are the travel difficulties related to the island of Ireland?

The advisability of publishing the list when coronavirus infections are increasing in Ireland and other European countries is a big worry for ministers.

Some point to a contradiction with the public being advised against non-essential travel to prevent Covid-19 cases being imported, yet the Government is still publishing a list of countries not subject to the quarantine rule.

Differences with the UK and the Republic’s open border with the North is, perhaps, where the biggest discrepancy arises. There are 59 countries on the UK travel list; Ireland’s is set to be a fraction of that.

People can travel from numerous countries, land in Belfast, and travel south with little or no traceability. Equally, many from the North are using Dublin airport on the basis of non-essential travel, yet current recommendations for southerners is firmly against this.

So which are the likely countries?

The Government has indicated that less than 20 countries will be on the initial “green list”. Big tourism destinations including Spain, Portugal and France will not be on the list because they have a deaths per 100,000 rate higher than Ireland. The rate in the US and the UK is significantly higher, so they won’t be on the list anytime soon.

Is travel insurance valid for a ‘green list’ country?

People who travel outside of Ireland will invalidate their travel insurance even if the country they visit is on the list.

Under current rules if a plane takes off and a passenger follows official guidance and avoids non-essential travel overseas then they are regarded as a no-show and are not entitled to any money back. So this is likely to apply still to a country on a green list.

For those who do travel, however, they won’t need to quarantine or self-isolate for 14 days on returning to Ireland.

Are many countries operating green lists?

They might not be using that term but a wide variety of “air bridges”, “air corridors”, “travel bubbles” or “travel corridors” are in place around the world; reciprocal agreements between any number of countries that allow for non-essential travel, generally without requiring a self-isolated quarantining period upon arrival and return.

What is the best way to proceed?

Providing greater clarity is vital, especially for people considering travel. In light of Covid-19 trends, there is a need to also strengthen enforcement of necessary conditions for arrivals through the key access points of international airports and ports.

Mandatory quarantine is justifiable from a public health point and ultimately may facilitate a more extensive opening up of the economy, though implementation is challenging.

Managing Covid-19 as best we can may be the current approach but what that means in the form a national strategy is not clear.

Meanwhile 12 per cent cases are coming into the country while 88 per cent are home grown, generated within communities – indicating where the greatest risk is.

The goal was not elimination of the coronavirus, it was to manage it effectively and deal with inevitable outbreaks, he said. “This might be a three-year thing.”

We are nowhere near that yet – “Wait and see is not a plan,” he added.

The gaps are such that delaying publication of that “green list” yet again can be justified until greater precision on guidance is provided and strengthened protocols.