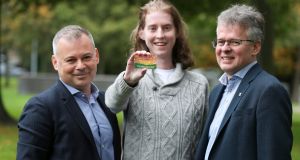 Ireland’s first liver and double-lung transplant has been carried out.

The recipient, 29-year-old Robert Sheahan from Co Limerick, received the donated organs in an operation last June and is now well on the road to recovery, according to his doctors.

Teams from the Mater hospital and St Vincent’s hospital in Dublin performed the transplant operations in a unique collaboration for the Irish health system.

Two surgical transplant teams – one from the Mater’s national heart and lung unit and the other from St Vincent’s national liver transplant unit – worked for about 10 hours on the life-saving operation.

Mr Sheahan is from Askeaton and was diagnosed with cystic fibrosis as a baby. Despite having the chronic disease, he led a relatively healthy life until his mid-20s when his condition deteriorated.

“In the summer of 2018, I had the first of three lung collapses and had to be rushed to hospital in a pretty dramatic way,” he explained on Tuesday. “In December 2018, after the third collapse, I was transferred by ambulance to the Mater hospital which became my home for the next eight months.”

According to Lars Nölke, head of heart and lung transplantation at the Mater, Mr Sheahan’s lungs were failing when he was admitted. However, his liver function was so poor that he would not have been able to withstand a lung transplant only.

The transplant team at the Mater began discussing the potential to transplant both liver and lungs at the same time with the team from St Vincent’s.

“This was a life-saving treatment for Robert as I don’t believe he would have been able to leave the hospital without the double-lung and liver transplant,” according to Mr Nölke.

Having waited in hospital for eight months, on the same day in June that Mr Sheahan was put on the active list, donated organs became available. The St Vincent’s team decamped to the Mater with their specialist equipment for the operation.

When the liver transplant was complete, Mr Nölke and his team took over to transplant first one lung, and then a second. Approximately 15 medical professionals, from anaesthesiologists to scrub nurses, were involved in the operation.

The procedure was a success and a few days later, on his 29th birthday, Mr Sheahan “came to” in the intensive care unit. He spent the next two months recovering in the Mater and has now been discharged home, but is making weekly visits to the Mater for follow-up care.

He said he is beginning to see the benefits of the double transplant and the substantial improvements it has made to his health.

“Recently, a company who supplied me with the oxygen equipment I had to use regularly came to take it all away as I no longer need it and that was a real rite of passage,” he said.

“I’m very grateful to the person who decided to donate their organs – without them, I might have a very different prognosis. Instead I am looking forward to being able to travel and see some of the world next year,” he added.

Prof Jim Egan, director HSE organ donation transplant Ireland, said: “Organ donation saves lives. Robert’s remarkable . . . recovery and the fact that this is the first double-lung and liver transplant in Ireland is only made possible through organ donation. We would ask everyone to discuss this life-saving issue with their families.”

The Irish Kidney Association said the operation showed the importance of people telling their loved ones their wishes in relation to organ donation.