Trolley crisis Q&A: The facts behind a festering problem

Everyone accepts that more beds are needed, but agreement on a short-term fix is elusive 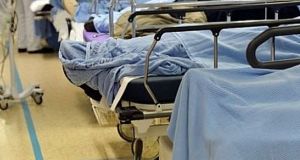 How many patients are on trolleys in hospitals?

Nurses say 760 people were on trolleys for two successive days this week. On Wednesday they said 621 people faced that situation.

Are those figures accepted by everyone?

Yes and No. The Health Service Executive publishes its own daily figures, which by and large are always lower than those from the Irish Nurses and Midwives Organisation (INMO).

However, several years ago then minister for health James Reilly said the Department of Health would accept the nurses’ trolley count figures. This ended years of argument between the HSE and nurses’ representatives over who had the most accurate figures.

No subsequent Minister has gone back on Reilly’s decision. But that does not mean on occasion health service sources do not attempt to push the line that the HSE trolley figures are lower than the INMO’s.

Is there much difference between the two sets

Quite significantly, sometimes. Earlier this week the INMO numbers were more than 200 higher than the HSE’s

How can that happen? Essentially the INMO and the HSE are not counting the same thing. The HSE figures cover patients considered by doctors to require admission to a hospital but who are physically in the emergency department waiting for a bed. However the INMO also counts patients who have been moved from emergency department to wards, but who are still on a trolley.

Why does the INMO count patients on wards?

Fourteen years ago, when it began its count, the INMO looked only at patients on trolleys in emergency departments. But it began to include those on trolleys in wards, arguing that that gave a true reflection of the overcrowding problem.

Are there disagreements on how to address the problem?

Everyone accepts that more beds are needed. However, the Government, HSE, doctors and nurses disagree about short-term solutions to manage the crisis.

Emergency department doctors argue that treating patients on corridors in overcrowded conditions is dangerous and leads to “needless” deaths.

But nurses view the situation differently. The INMO believes moving patients out of emergency departments to other parts of hospitals “disperses and disguises” the overcrowding problem.

Most wards have a set patient-to-staff ratio. The INMO maintains that when additional patients are moved up from emergency departments, very often extra staff are not provided. Thus, ratios are changed.

What are arrangements for moving patients from EDs?

Hospitals must deal with overcrowding in emergency departments when it arises. In late 2015 a ministerial directive allowed as a last resort for a series of special measures to be put in place. This has become known as the Full Capacity Protocol.

The protocol allows for trolleys in wards, not just in EDs. However, nurses maintain that the declaration of such a full-capacity protocol in hospitals is now the norm rather than the exception in hospitals. Eleven were using it on Wednesday.

Figures released in a parliamentary answer last summer revealed that Tallaght invoked the protocol 99 times in 2018. University Hospital Limerick deployed it 153 times in the first 165 days of last year.