One in three of us is a binge drinker but smoking rates have plunged, survey finds 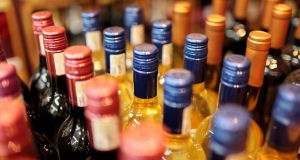 Men are three times more likely than women to be binge drinkers, according to the annual Healthy Ireland survey. Photograph: Istock

One in three drinkers has binged on alcohol in the past year, while one in five does so at least once a week, according to a new survey.

Half of all drinkers under 35 binge on alcohol, and men are three times more likely than women to be binge drinkers, according to the annual Healthy Ireland survey, published on Tuesday.

Binge drinking is defined as having six or more standard drinks in a single session, equivalent to three pints of beer.

Smoking rates have dropped from 23 per cent in 2015 to 20 per cent this year, though the proportion of e-smokers has grown over the same period to 4 per cent.

In the last 12 months 40 per cent of smokers have made an attempt to quit.

One-third of those surveyed said they consumed unhealthy foods daily, while 37 per cent reported having the recommended five portions of fruit and vegetables every day. One in 10 drink sugar-sweetened drinks daily, with the highest rate – 24 per cent – recorded among 15 to 24-year-olds.

The survey revealed that 86 per cent of people said they drank water at least once a day, while 29 per cent were daily milk drinkers.

In keeping with other surveys, the report finds high levels of reported good health, though with a gender gap as we get older – 81 per cent of women perceive their health to be good or very good, compared to 73 per cent of men.

Only 25 per cent of people received the flu vaccine last winter, though this rises to 78 per cent in those aged 75 years and over.

On average we go to the GP 3.8 times a year, while one in eight has been admitted to hospital over the past year.

More than 7,700 people were interviewed for the survey, and the data acquired is used to help with policy formulation, according to the Department of Health. This is the fourth survey in the series, which began in 2015.