GPs specialising in dementia will provide the online service 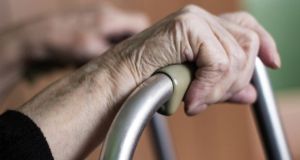 New technology which screens and helps deliver early diagnosis of dementia is to be made available in Ireland early next year.

Its developers claim it will reduce preliminary diagnosis from several months to 30 minutes.

Developed by Nightingale Analytics in Britain with funding from the British government, the technology will be delivered to patients in Ireland through the online GP service VideoDoc from Spring 2018. GPs with specialist training in dementia will provide the online service.

VideoDoc chief executive Mary O’Brien said the service would offer unique advantages to current screening. “Diagnosis of dementia can now be done online with the support of family and friends. The process has now been accelerated from several months down to just 30 minutes. This model looks at all the risks associated with dementia to predict the progress of the dementia severity.”

Dementia is one of the biggest killers in Ireland and one of the main causes of disability later in life. The CSO has predicted the population of people with dementia, of which Alzheimer’s disease is the most common form, will increase from an estimated 48,000 in 2015 to around 140,000 by 2041. More than 11 people a day are diagnosed with dementia, it estimated.

What will be provided is an important advancement for Irish health services “which could offer enormous relief and space for forward planning for families across Ireland”, according to Ms O’Brien.

After completion of a simple online memory assessment, the Nightingale Analytics platform will weigh and score the individual’s severity of dementia, using an algorithm it has developed.

They will be connected to a dementia-trained doctor via the VideoDoc service “who will guide the patient through the process in a professional and compassionate manner”.

The doctor will be able to use “the intelligent insight of the patients’ dementia severity together with their professional experience to offer a diagnosis for the patient and can immediately start a treatment plan which can then be shared with the patient’s local GP for continuity of care, she explained.

Brendan Crossey, programme director of Nightingale Analytics said: “Early diagnosis and treatment could delay the onset of the disease by up to two years which could halve the number of deaths from the condition, saving 3,000 lives a year in Ireland as well as saving the Irish Health Service approximately €500 million per annum,” he said.

Trinity College professor of old age psychiatry Brian Lawlor said he would welcome any improving of the timing of diagnosis; the starting of treatment or increase in awareness of the disease. While the technology may screen for cognitive impairment, he was not privy to the data behind it, especially in diagnosing the condition, he added.

Prof Lawlor, who is chairman of the National Dementia Awareness Campaign, said physical examination, blood tests and imaging had to be part of a process towards definitive diagnosis. The screening could show up “cognitive impairment”. The cause had to be established, which could be “dementia or not”. If it was dementia, it was important to find an underlying cause.

He underlined the importance of involving a person’s own GP, as they know their patients best in terms of identifying cognitive decline over time and can factor in medication they may be taking.

The national dementia campaign website which has information on the disease is at: www.understandtogether.ie