Under proposals facility would move to University of Limerick group 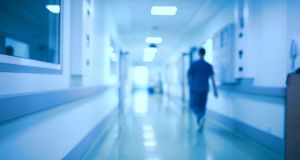 wThe Health Service Executive and the Minister for Health are examining plans to tackle conditions at one of the State’s most overcrowded hospital by moving it to a different hospital group.

Under the proposal, South Tipperary General Hospital would move from the South/South-West hospital group to the University of Limerick Hospital Group.

The plan has sparked a furious response from politicians in Waterford, who say the loss of referrals from South Tipperary to University Hospital Waterford would accelerate the latter hospital’s decline.

The HSE emphasised that no decision has been taken to change structures at South Tipperary. A spokesman confirmed HSE director general Tony O’Brien has asked both hospital groups to examine whether services in the South Tipperary catchment area were “optimally aligned and supported in the current model of delivery”, especially in terms of clinical pathways and patient flows. “This examination process is ongoing.”

Mr O’Brien’s request was made in the context of the Slainte Care report on the future of the health service and “in light of the challenges faced by Tipperary General particularly during winter months”.

A spokesperson for Minister for Health Simon Harris said Slainte Care had made a number of recommendations in relation to hospital groups which the Minister was considering.

However any changes to the composition of hospital groups would be subject to the approval of the Minister and the Minister had no plans to move South Tipperary General Hospital out of the South/South West Hospital Group.

Sinn Fein TD for Waterford, David Cullinane, described the mooted change as “very worrying”. If this were the case, the budget of the South/South-West group would be reduced and the current patient pattern of referrals from Tipperary to Waterrord would change as patients were referred instead to Limerick, he predicted.

“UHW in such circumstances will be little more than an adjutant to Cork and will in time cease serving as the regional hospital for the South East.”

Independent Kilkenny councillor Breda Gardner also criticised the proposal as “another blatant attempt by the Department of Health to reduce the numbers in our catchment area and use this as an excuse to deny us 24/7 cardiac care”.

Doctors at Tipperary this week warned of “chaos, danger and degradation” over the coming winter because of the overcrowding levels in the hospital. Minister for Health Simon Harris was scheduled to visit the hospital on Friday while staying in Clonmel for the Fine Gael think-in.

Plans for a 40-bed “patient hotel” to alleviate overcrowding at the emergency department were first mooted more than a year ago, but have yet to come to fruition.