The world is running out of antibiotics, WHO warns

Growing resistance could ‘seriously jeopardise’ progress made in modern medicine 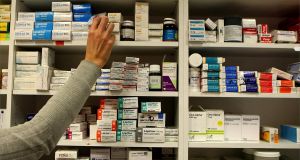 The world is running out of antibiotics, global health leaders have warned.

The World Health Organisation (WHO) said that “antimicrobial resistance is a global health emergency”.

Growing resistance to drugs that fight infections could “seriously jeopardise” progress made in modern medicine, the head of WHO said.

The remarks come after a new WHO report found a serious lack of new drugs in development to combat the growing threat of antibiotic resistance.

Health experts have previously warned that resistance to antimicrobial drugs could cause a bigger threat to mankind than cancer.

In recent years, there has been a UK drive to raise global awareness of the threat posed to modern medicine by antimicrobial resistance.

If antibiotics lose their effectiveness, then key medical procedures — including gut surgery, caesarean sections, joint replacements and chemotherapy — could become too dangerous to perform.

If no action is taken, it has been estimated that drug-resistant infections will kill 10 million people a year by 2050.

The WHO previously drew up a list of antibiotic-resistant infections posing the greatest threat to health.

It has now examined new drugs in the development pipeline.

The new WHO report found few potential treatment options for those antibiotic-resistant infections — including drug-resistant TB which kills around 250,000 people each year.

There is also a lack of treatment options for gram-negative pathogens, including Acinetobacter and Enterobacteriaceae, such as Klebsiella and E.coli — which can cause deadly infections and pose a particular threat in hospitals and nursing homes, WHO said.

Meanwhile there are very few oral antibiotics for infections caused by gram-negative pathogens in the pipeline, even though such drugs are essential for treating infections outside hospitals.

The authors of the report identified 51 new antibiotics and biologicals in clinical development. But the WHO said that only eight of these are deemed to be innovative treatments that will add value to the current antibiotic treatment arsenal.

Most drugs in development are modifications of existing antibiotics, which are “only short-term solutions”, the authors said.

“The current clinical pipeline is still insufficient to mitigate the threat of antimicrobial resistance,” they added.

Dr Tedros Adhanom Ghebreyesus, director-general of WHO, said: “Antimicrobial resistance is a global health emergency that will seriously jeopardize progress in modern medicine.

“There is an urgent need for more investment in research and development for antibiotic-resistant infections including TB, otherwise we will be forced back to a time when people feared common infections and risked their lives from minor surgery.”

Dr Suzanne Hill, director of the department of essential medicines at WHO, added: “Pharmaceutical companies and researchers must urgently focus on new antibiotics against certain types of extremely serious infections that can kill patients in a matter of days because we have no line of defence.”

WHO said that new treatments alone will not be enough to combat the threat of antimicrobial resistance.

The health body is working to help improve to improve infection prevention and control and it is also developing guidance for responsible use of antibiotics in the human, animal and agricultural sectors.

One of the proposals set out in the review suggested that doctors should be forced to perform diagnostic tests on patients before prescribing antibiotics.

Another proposal suggested that pharmaceutical companies should ”play or pay” - meaning they either join the search to hunt for new antibiotics or be forced to pay a fine. Those who do and find successful new treatments should be rewarded handsomely.

Health leaders from around the world have raised serious concerns about the growing resistance to antimicrobial drugs. These are the drugs which destroy harmful microbes.

Antibiotics are the best known of these drugs, but there are others, such as antivirals, antimalarial drugs and antifungals.

Earlier this month the Government and the British reserach charity the Wellcome Trust joined Germany, Luxembourg, the Netherlands, South Africa, Switzerland to pledge more than 56 million Euros to the Global Antibiotic Research and Development Partnership.

Ed Whiting, director of policy at the Wellcome Trust, added: “There is no doubt of the urgency — the world is running out of effective antibiotics and drug-resistant infections already kill 700,000 people a year globally.

“We’ve made good progress in getting this on the political agenda. But now, a year on from a major UN agreement, we must see concerted action — to reinvigorate the antibiotic pipeline, ensure responsible use of existing antibiotics, and address this threat across human, animal and environmental health.

“Wellcome is investing in antibiotic research and working closely with governments, industry and global health leaders. We must work together if we are to successfully stay ahead of superbugs.”