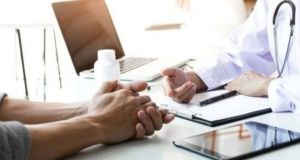 Nearly two out of every three patients who get cancer are still alive five years later as survival rates continue to improve, new figures show.

While survival rates vary hugely across different types of cancer, improvements have occurred for most forms of the disease.

Almost 37,000 cancers are diagnosed every year, or 25,000 when less serious skin cancers are excluded, with rates among men 20 per cent higher than for women.

Cancer incidence has stabilised and even declined in recent years but with the population growing and ageing, case numbers are forecast to double by 2045.

Internationally, Irish survival rates are in the top half of countries surveyed for 14 out of 18 common cancers.

The NCRI said there is scope for improvement in some areas: Ireland ranks 23rd out of 24 countries for ovarian cancer survival, 16th for breast and cervix and 13th for colon.

Our ranking for these cancers is static, apart from cervical cancer where it has improved.

Ireland’s ranking for liver cancer, myeloid cancer in adults and childhood lymphomas has worsened since the last set of international figures was compiled.

One in 25 in the population is now a survivor of cancer, thanks to improved survival rates. An estimated 190,000 people are living after a diagnosis of invasive cancer, other than non-melanoma skin cancer, or 3.9 per cent of the population.

Cancer prevalence is highest for breast cancer, 23 per cent of all cancer survivors, prostate cancer (21 per cent) and colorectal cancer (12 per cent).

The Irish Cancer Society said the rising number of cases should serve as a “wake-up call” for the need to improve services.

“The updated figures come amid an extraordinarily difficult year for those affected by cancer, during which the lack of resilience in the health system was exposed and patients experienced increased levels of stress and worry due to disrupted services during the pandemic,” said the charity.