Monaghan now has higher incidence of Covid-19 than Dublin 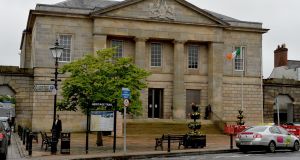 The incidence of Covid-19 in Monaghan is now higher than it is in Dublin, even though the border county is at Level 2 restrictions while the capital is at Level 3.

Donegal has by far the highest incidence of the virus in the Republic, at 257.6 per 100,000 people in the past 14 days, according to the latest update from the Health Protection Surveillance Centre (HSPC). This compares to 189 in Monaghan and 172.8 in Dublin. The next highest incidence is in Roscommon, at 142.8.

The 14-day incidence is just one of a number of criteria used by the Government to decide what level of restrictions to impose on an area; other include the nature of spread of the disease, pressure on hospitals and deaths.

Leitrim has the lowest transmission of the disease, with an incidence of 21.8.

The incidence is increasing in 17 counties, falling in seven and remains unchanged in two.

Within Dublin, the north-central area has the highest incidence, at 232.2, while Dublin South is lowest, at 89.7.

The figures also show there have been 301 cases among healthcare workers in the past fortnight, almost 6 per cent of all cases.

Dublin has the highest cumulative incidence of Covid-19 since the start of the pandemic, having surpassed the figure for Cavan again in recent days. Kerry has had the fewest cases relative to population.

Meanwhile, the number of people receiving hospital treatment for Covid-19 has risen with 134 people being receiving care in hospitals across the State on Sunday.

The latest data from the HSPC and the Health Service Executive (HSE), published on Sunday morning, reveals 134 people are being treated in hospital for Covid-19, up from 120 people on Saturday and 117 on Friday.

The numbers published on the Government’s Covid-19 data hub show 12 people have been admitted to hospital since yesterday morning while seven people were discharged in the last 24 hours.

The number of people receiving ICU care for the coronavirus peaked on April 10th and 11th when there were 155 people in intensive care. This figure dropped sharply through May and in June, remained stable and below 10 cases through July and August, and then started to rise again through September.

A total of 3,643 people have been hospitalised for the virus since March while 474 people have required ICU treatment. A total of 9,294 healthcare workers have tested positive for the disease since the pandemic broke out nearly seven months ago.

Tallaght Hospital in Dublin is currently caring for 19 coronavirus patients, the highest number in the State, followed by St James’s Hospital which is caring for 14 people with Covid-19 and Beaumont hospital and the Mater which are treating 13 people with the coronavirus.

The Minister for Health thanked acting chief medical officer Dr Ronan Glynn on Sunday for his “tireless efforts” in the post since June.

Chief medical officer Dr Tony Holohan, who has been on leave for family reasons in recent months, resumes work tomorrow.