Ireland has sixth highest rate of lung transplants in the world, report says 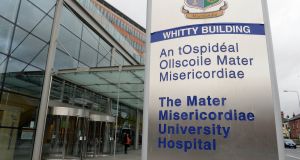 ‘There are currently 25 patients on the waiting list for lung transplant at the Mater,’ Prof Jim Egan said. File photograph: Frank Miller/ The Irish Times

Eleven lung transplants have been carried out this year so far, which is considerably lower than last year, as a result of the Covid-19 pandemic.

The National Centre for Lung and Heart Transplants, located in the Mater Hospital in Dublin, performed 38 lung transplants last year, with an average of 33 of the surgeries taking place in each of the past five years.

However, so far in 2020 just 11 lung transplants have been performed due to the impact the coronavirus has had on the health service.

A spokeswoman for the centre said the lung transplant programme continued at the Mater Hospital throughout the pandemic.

“However, like many aspects of the health service, Covid has had an impact on the programme,” she added.

The figures were released following the publication of a report by the International Registry in Organ Donation and Transplantation on Friday, which showed that Ireland now has the sixth highest rate of lung transplants in the world.

The rate of lung transplant in the Republic is now 7.75 per million population, putting Ireland ahead of countries such as Australia, France and Switzerland and on a par with the US.

Since its inception in 2005, the centre has given “the gift of life” to 298 critically-ill patients, whose ages ranged from 17 to 75 years.

The centre said it has a five-year survival rate for lung transplant of more than 72 per cent, which “supersedes many other centres internationally”.

Mr Hossein Javadpour, director of the centre, welcomed the findings, adding that the team has introduced “several innovations which have both increased the number of organs available for transplant and also improved the outcomes for our patients”.

Prof Jim Egan, a consultant respiratory physician and lung transplant specialist at the Mater, said the number of patients seeking lung transplants “has increased 8.5 fold over the past decade with 150 referrals every year for transplant assessment”.

“There are currently 25 patients on the waiting list for lung transplant at the Mater,” Prof Egan added.

Carole Gilliland, who had cystic fibrosis and received a double lung transplant in June 2018, said the procedure has given her a life she thought she would never have.

“I have a whole new lease of life. I have freedom because I was attached to oxygen 24 hours a day. I have energy, I have appetite, I can go walking, I can get up in the morning and get in the car and go wherever I like,” she said.

“I really couldn’t make any plans when I was sick. It really was a pretty miserable existence, to be honest. You’re not living life at all.”

She added: “I just really want to thank the transplant team at the Mater and I am so grateful to the donor.”