More than 1,000 Covid-19 clusters linked to private homes in September 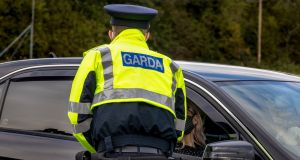 A sharp rise in the number of Covid-19 cases in September resulted in additional restrictions in Dublin, Donegal and at third level. Liam McBurney/PA Wire

A review of Covid-19 cases and deaths for the month of September shows there were 7,598 cases and 24 deaths last month, according to the latest figures produced by the Health Protection Surveillance Centre (HPSC).

It is the most cases recorded in a calendar month since April when there were 17,386 infections and more than 1,100 deaths.

The sharp increase in case numbers last month has seen the introduction of additional restrictions in Dublin, Donegal and all third level colleges and universities.

The figures from midnight on August 31st to midnight September 30th show more than 1,000 clusters in private houses during the month and 122 in nursing home settings.

A total of 244 clusters in September were listed as “other”. These include pubs, hotels, retail outlets, extended family gatherings, travel-related infections and community transmission where the source of the virus is unknown.

The over-65s accounted for just under 10 per cent of all new cases, a percentage that has remained stable over the last two months.

There were 891 cases in children under the age of 14 last month, the first full month in which schools were open since the lockdown.

There were 1,454 new clusters in September of which 1,081 were in family homes, 122 in nursing home settings, 71 in workplaces, nine in hospitals and six in residential care.

The prevalence of the virus in family homes has prompted the National Public Health Emergency Team (NPHET) to state that a maximum of six people from a single household should visit another house.

NPHET said people can continue to meet socially in other settings, but only with those from one other household.

Six deaths were denotified during the month meaning that the cause of death was no longer linked to Covid-19.

Last month 220 people with the virus were admitted to hospital and 28 into intensive care.

The mean age of those infected with Covid-19 dropped from 49 in August to 46 in September meaning the age profile of those who get the virus is continuing to fall.