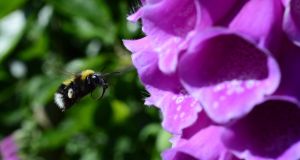 A 22-year-old man was poisoned after accidentally consuming a deadly homemade cocktail made up of apple, cucumber, lettuce and two leaves from a deadly plant, foxglove he got from his garden.

In the case reported in the Irish Medical Journal, medics said that the man suffered an acute kidney injury and complete heart block after drinking the “herbal juice” that included “two big leaves” of an unknown plant growing wild in his garden, which was later identified as foxglove.

After presenting at the emergency department at University Hospital Galway, the patient was transferred to the hospital’s coronary care unit.

The man remained under the care at the Galway hospital for 10 days before he was discharged after medics had successfully treated his symptoms.

In their paper, Digitalis Poisoning After Accidental Foxglove Ingestion, the medics said that the man became unwell about two hours after ingestion and presented to the emergency department when his symptoms failed to resolve.

The bright purple flower foxglove is cultivated for its beauty and grows wild but all parts of the plant contain the deadly poison cardiac glycosides, which can lead to a heart attack and, in some cases, death.

The medics said that the man was suffering from bradycardia, which is a slower-than-normal heart rate, after his rate declined to 40 beats per minute.

They said that the man’s acute kidney injury and complete heart block came from digitalis poisoning from the foxglove plant.

The medics said that the man’s heart rate normalised while the poisoning in his kidney abated.

During the man’s time in hospital, he was kept under observation by the hospital’s cardiology team.