Major €20 million expansion of cancer services to be unveiled 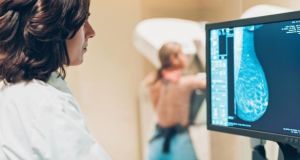 The expansion will include the recruitment of an additional 370 doctors, nurses and other staff

The Government is to announce a major investment to expand cancer services including the recruitment of an additional 370 doctors, nurses and other staff .

The €20 million initiative, to be unveiled by the Minister for Health Stephen Donnelly on Wednesday, is expected to include improved access to diagnostics, expanded treatment services and the development of a cancer genetics service.

It is understood there will also be further centralisation of cancer surgery.

The move forms part of an overall €147million initiative in the budget to implement various health strategies, including in cancer, maternity and trauma care, which have been drawn up over recent years.

A dedicated €5 million “women’s health fund” will also be announced.