General practice is ‘just hanging in there’, TDs told at committee 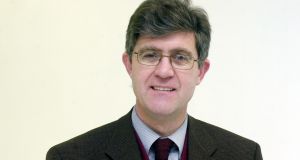 General practice is Ireland is “just hanging in there” with reform, investment and political commitment needed if the health care system in Ireland is to move successfully to a primary care-led system, TDs have been told.

The move to a primary care led system, to prevent hospitals becoming increasingly congested, is agreed by all stakeholders and is one of the cornerstones of the Slaintecare report for the future of Ireland’s healthcare system.

“Just because it’s the way to go doesn’t mean that it will be easy,” Dr Tom O’Dowd, Emeritus Professor of General Practice Trinity College Dublin and a GP in Tallaght, told the Oireachtas health committee on Wednesday morning. “We are a conservative country. We don’t like change.”

Dr O’Dowd also said that many GPs were unwilling to take on GMS patients, patients with a medical card, because the system was too complicated.

In his presentation to the committee, Dr O’Dowd said that studies have shown that GMS patients account for 42 per cent of the population but cost €543 million or 63 per cent of the entire spend on general practice in 2014.

Mr Maev-Ann Wren, a senior researcher at the think tank the ESRI, said that population growth in the years ti 2030 will increase the demand for home help care and nursing home places would increase by more than 50 per cent above current levels.

An increase in capacity across the entire health service is needed, Mr Wren said. This will require increased costs to the state across all areas of health care.

According to Ms Wren opening statement to the committee, the projected increases in population and demand come after “two decades of rapid population growth , a decade of cutbacks in public provision and a consequent build-up of unmet need and demand for care.”-