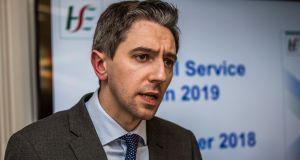 Only nine out of 19 maternity units will be in a position to offer abortion services by the planned introduction date of January 1st, it has emerged.

Sources also said that while 145 GPs signed the contract to provide abortion services to their patients, just 106 doctors had signed up to provide termination of pregnancy services to any woman seeking access to the abortion pill.

Thirty-nine doctors opted out of having their details provided on an abortion information helpline that will be the main source of referrals for the service.

It is understood that a number of others have expressed interest in the provision of services, but have not yet signed up.

Minister for Health Simon Harris met the HSE on Friday to seek an update on preparations for the introduction of termination of pregnancy services after legislation legalising abortion was signed into law on Thursday by the President.

All hospitals have been directed to provide terminations when a woman’s life or health is at risk and in cases of emergency. All the hospitals have committed to the provision of ultrasounds and aftercare of termination of pregnancy.

There is understood to be frustration in Government at the lack of progress amongst the 10 outstanding hospitals. Sources say that a number of those hospitals have indicated they will be ready within weeks to provide abortion care.

The Well Woman Centre and the Irish Family Planning Association have agreed to provide abortion services to women from January.

The Department of Health is now beginning an information campaign and patient information booklets have been sent to GPs and hospitals. Radio advertisements will begin on January 1st.

Mr Harris has signed a number of statutory instruments to give effect to the Health (Regulation of Termination of Pregnancy) Bill 2018.

Meanwhile, a group of prominent obstetricians has called on Mr Harris not to proceed with the introduction of a “disjointed and inadequately resourced” abortion service from January 1st.

In a letter to The Irish Times they said the introduction of “piecemeal” services would result in geographic inequity, difficult clinical choices and missed deadlines for early abortions.

“The understandable passion to finally provide abortion care in Ireland should not blind us to the clinical reality of how unprepared we are,” the doctors, from five different maternity units in Dublin, Cork, Wexford and Mullingar warn.

The obstetricians accuse the Department of Health and HSE of employing a “rushed methodology” for implementing clinical guidelines that is “worryingly different” from existing standards.

“Eleventh hour production of guidelines and a national model of care are no more than tick-box exercises unless accompanied by meaningful education and training.”

‘Unconscionable’ for healthcare worker not to get flu vaccine, says Reid