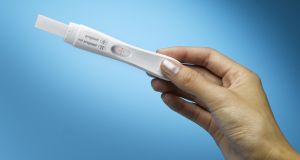 The vast majority of the State’s 19 maternity units have stated their preparedness to provide surgical abortion in the new year.

GPs in 24 of the 26 counties of the Republic have indicated their willingness to perform medical abortion under the new legislation coming into force next January 1st.

The vast majority of the State’s 19 maternity units, including a majority of smaller units outside Dublin and Cork, have also stated their preparedness to provide surgical abortion in the new year, according to informed sources.

With just 12 days to go before the measure is implemented, the Health Service Executive has yet to indicate how many GPs have signed up to provide it. Those planning the service are believed to be satisfied with the uptake by GPs and the geographical spread of those family doctors opting in.

However, it remains unclear how widely available the service will be, as GPs can choose between two different levels of provision. Under one contract, they would generally only deal with their own patients who are seeking terminations; while under a second contract, they would take referrals from the 24-hour MyOptions helpline being set up to deal with queries from women seeking terminations.

Ultimately, the level of service will be determined by the number of doctors who agree to take referrals from the helpline.

The Irish College of General Practitioners on Wednesday published “interim” clinical guidelines for doctors providing the service but expressed concern about a “lack of clarity” around referral pathways to secondary care. This could occur, for example, when women experience heavy bleeding or severe pain during a medical termination.