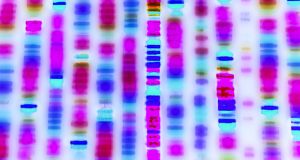 Genetic data being collected by an Irish branch of a genomics multinational with links to China will eventually become available to the Irish health service, the chief executive of the company has indicated.

Dr Anne Ryan, chief executive of Genomics Medicine Ireland, said the development of a genetics database by her company will cost €600 million-€800 million.

In order to fund the project, access to the data is to be initially supplied on an exclusive basis to pharmaceutical companies, but this would change after “a year or two”.

The companies will have access to the depersonalised, encrypted data in the way readers can use a research library rather than a lending library, she said.

Access to the data will be sold to pharmaceutical companies in such a way that it becomes decrypted only when it is being looked at.

The data will remain in Ireland and would be “very challenging” to hack, she said. Even if hacked, the data would not contain information that would identify individuals, she said.

Speaking on the Marian Finucane Show on RTÉ Radio 1, Dr Ryan said she agreed with the sentiment outlined in an article in The Irish Times last week in which scientists David McConnell and Orla Hardiman expressed concern that Ireland seems to have adopted an entirely commercial approach to genomic medicine.

“This approach places at risk the free availability of genomic data for scientific research that could benefit patients,” the authors wrote.

They cited the example of Genomics Medicine Ireland, a commercial entity that is collecting data from patients in public hospitals that will have considerable value.

“We urgently need a properly governed genomics programme in Ireland that will ensure that Irish genomics remains within the public (non-commercial) domain,” they wrote.

Dr Ryan said the sentiment described in the article is “the direction that we plan to go”. The plan was for the pharmaceutical sector to do “a lot of the funding up front”. Genomics Medicine Ireland would sell them exclusive access “for a year or two”, and then begin to share the data.

The company wants to collect over five years genetic data on about 400,000 Irish people.

As well as asking patients with 60 complex conditions for their consent that their data be used, the company is also looking for healthy volunteers to donate their data so that it can be used for comparison purposes.

Dr Ryan said the use of genetic data can help pharmaceutical companies develop new drugs that will be more effective as they will be more suited to particular patients.

Genomics has the potential to radically reduce the cost of drugs. A new drug costs on average €2.7 billion and takes an average of 12 years.

She said in the long term, the company wanted to “integrate into the Irish health system and to do that” it would have to open up the database. “But it has to have a time delay” so that access to the data can initially be sold.

Asked about Chinese ownership and concerns about that country’s attitude towards people’s data, Dr Ryan said China had a “partial ownership” of Genomics Medicine Ireland’s parent, WuXi Nextcode, which has its headquarters in Boston. WuXi also has shareholders from the US, Iceland, Hong Kong and Singapore.

The Department of Health, in a statement, said it did not have “reservations” about genomic research and that while it had no strategy for the area, steps were being taken towards developing one.

“The ultimate goal is for genomic medicine to benefit individuals, the healthcare system and society,” it said.

Dr Ryan said Genomics Medicine Ireland would be happy to engage with others, including the department, on the development of a strategy. The State-owned Irish Strategic Investment Fund is investing $70 million in the company.