Obese people in UK now outnumber smokers two to one 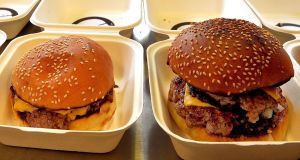 Obese people now outnumber smokers by two to one, Cancer Research UK has warned, as it said obesity causes more cases of some cancers than cigarettes.

Just days after the charity was heavily criticised for its new obesity campaign on social media, it said more needs to be done to help people lose weight to reduce their risk of cancer.

Smoking is still the UK’s biggest preventable cause of cancer and carries a much higher risk of the disease than obesity.

But obesity is a cause of 13 different types of cancer, and trumps smoking as a leading cause for four of these types, Cancer Research UK said.

Its analysis shows that excess weight causes around 1,900 more cases of bowel cancer than smoking in the UK each year.

National data shows that around one in three adults in the UK are obese, while around a third more are overweight.

One in 10 children are obese by the age of five, rising to one in five by age 11.

The Cancer Research UK analysis used data from 2017 to show there were around 13.4 million non-smoking adults who were obese.

Michelle Mitchell, Cancer Research UK’s chief executive, said: “As smoking rates fall and obesity rates rise, we can clearly see the impact on a national health crisis when the government puts policies in place — and when it puts its head in the sand.

“Our children could be a smoke-free generation, but we’ve hit a devastating record high for childhood obesity, and now we need urgent Government intervention to end the epidemic. They still have a chance to save lives.

“Scientists have so far identified that obesity causes 13 types of cancer but the mechanisms aren’t fully understood.

“So further research is needed to find out more about the ways extra body fat can lead to cancer.”

The charity is calling on the government to act on its ambition to halve childhood obesity rates by 2030 and introduce a 9pm watershed for junk food adverts on TV and online.

Other measures should include restricting promotional offers on unhealthy food and drinks, it said.

Professor Linda Bauld, Cancer Research UK’s prevention expert, said: “There isn’t a silver bullet to reduce obesity, but the huge fall in smoking over the years — partly thanks to advertising and environmental bans — shows that Government-led change works.

“It was needed to tackle sky-high smoking rates, and now the same is true for obesity.”

Cancer Research UK’s latest billboard campaign features a cigarette packet bearing the slogan “obesity is a cause of cancer too”. It adds: “Like smoking, obesity puts millions of adults at greater risk of cancer.”

Simon Stevens, chief executive of NHS England said: “Although cancer survival is at a record high, this significant progress is in danger of being undone by the fast-growing epidemic of obesity, given excess weight is linked to 13 types of cancer.

“This study is further proof that obesity is the new smoking, and the NHS can’t win the ‘battle against the bulge’ on its own; families, food businesses and government all need to play their part if we’re to avoid copying America’s damaging and costly example.” – PA