Harris orders review at nursing and midwifery board 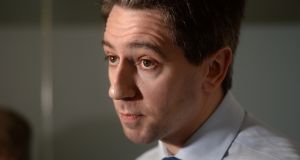 Minister for Health Simon Harris: The external review is in response to allegations made by a whistleblower about governance and administrative issues at the board. Photograph: Dara Mac Donaill / The Irish Times

Minister for Health Simon Harris has ordered an external investigation into allegations about the Nursing and Midwifery Board of Ireland (NMBI), just three years after a report on the organisation found it was “dysfunctional”.

Mr Harris has ordered the external review, the terms of reference of which are being finalised, in response to allegations made by a whistleblower about governance and administrative issues at the board.

Despite a series of reforms prompted by two critical reports published in 2016, significant workplace issues remain, as evinced by the protected disclosure and a separate complaint to the Irish Nurses and Midwives Organisation about the organisation.

A group claiming to be “concerned members” of the Irish Nurses and Midwives Organisation has written to its general secretary, Phil Ní Sheaghdha, calling on the union to “ask questions” about the running of the NMBI.

The letter claims the board remains a “fundamentally dysfunctional” organisation with an “ingrained culture of institutional bullying” aimed at preventing good governance, and queries the board’s spending on legal and other costs.

The board says it has spent more than €8.7 million on legal fees for a number of different legal firms since January 2016. Most of this money has gone on fees for fitness to practise hearings.

The payments include €4.5 million for McDowell Purcell solicitors, the firm representing the board at such hearings. The board also paid €1.35 million to Arthur Cox, €1.2 million to Mason Hayes Curran and €578,000 to Beauchamps solicitors for other legal services.

The NMBI has had five interim chief executives in the past three years. Ursula Byrne was succeeded by Mary Griffin in June 2016. Ms Griffin left in June 2018 and was replaced by a returning Ms Byrne.

Dawn Johnston then took up the post in September 2018 until she was succeeded by Sheila McClelland last week on a two-year contract.

Responding to questions from Independents 4 Change TD Clare Daly about the handling of the protected disclosure, Mr Harris said it had been given significant attention by the department. “Given the nature of this protected disclosure and its overlap with other matters, it was decided that it would be more appropriate to make arrangements for an external review.”

The department has been in touch with the person who made the protected disclosure and a significant amount of additional information has been provided, the Minister said.

Ms Daly had questioned the department’s failure to make a decision whether or not to investigate the protected disclosure within 21 days, as required by its policies.

“Regrettably, in this case it was not possible to meet this timeline, given the extensive nature and complexity of the disclosure made,” Mr Harris responded.

In 2016, a report found the NMBI was “dysfunctional”, arrangements for dealing with fitness-to-practise complaints against nurses were “unfit for purpose” and the organisation was in need of significant reform and investment.

A separate consultancy report raised concerns that the NMBI did not follow official guidelines on procurement and the employment of non-permanent staff.

Responding to questions this week, the board said it had implemented the reforms proposed in the two reports, with the exception of two that were outside its control – changing the size of the board and the workload arising from its statutory obligations, in relation to fitness to practise.