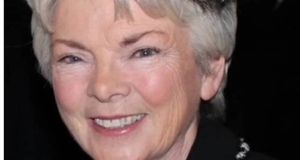 Joan Lucey: ‘As a district nurse she would have touched the lives of many families’

A retired nurse who died hours before mediation started in her legal challenge against the Health Service Executive over her cervical smear tests could have had her case settled while she was still alive, her solicitor has said.

The widow’s action against the HSE was due to be heard before the High Court next week, but her lawyers sought mediation instead, saying she was “on her deathbed” and they were concerned large parts of her claim might die with her.

The HSE had been reluctant to take part in a mediation unless two laboratories also being sued – Clinical Pathology Laboratories Incorporated (CPL), with headquarters in Austin, Texas; and MedLab Pathology Ltd, with registered offices at Sandyford Business Park, Dublin – were involved in the talks.

All sides eventually agreed to mediation, which was to begin on Tuesday this week but was brought forward to last Saturday morning because of the urgency of the case.

Ernest Cantillon, managing partner of Cantillon Solicitors, representing Mrs Lucey, said he had been pressing for mediation to begin since last November because of her deteriorating health.

“Joan had the stated aim of wanting to hold the HSE accountable. She could have been anonymised but chose to go public in the hope of giving comfort and support to others thinking of holding the HSE to account.

“It is so sad for her and her family that she has failed at the last hurdle to get that done.”

Mrs Lucey was sitting up having dinner with her family last Sunday and told them “she would see it through, that she was determined to see it through”, he said.

“Going in and out of court was distracting them from time they should have been spending going through happy family memories together,” Mr Cantillon added.

“It is a disgraceful way of treating people. This could have been sorted out before she died, and she could have died knowing that she had achieved what she set out to achieve.”

Mr Cantillon said Minister for Health Stephen Donnelly “should not be permitting people to be treated this way”.

In a statement, the HSE said it “offers sincere condolences to the family of the late Joan Lucey” and that mediation would continue this week.

The State Claims Agency said it would be “inappropriate” to comment on an individual case that is the subject of mediation, but that it “aims to resolve all cervical cancer screening claims against the HSE in a sensitive manner and as quickly as possible”.

It said it encourages all sides in such disputes “to use mediation to seek resolution of the case in the shortest time possible”.

Fr Moynihan said: “Death is sad at any time, but Joan had work to do with her own campaign, which makes it sad in its own way. From our point of view, we are mourning the loss of a parishioner who was a good lady and touched the lives of many for the good.”

He said Mrs Lucey died before midnight on Friday with her daughters, Sinéad and Eileen, and son Seán beside her.

“She was a great supporter of the parish and parish events. She was a good lady and well regarded,” he said.

“She was nursing all her life, a district nurse here in the area, and then she was involved in one of the local schools as well, Coláiste Íde. She was well regarded. As a district nurse she would have touched the lives of many families.”

Mrs Lucey’s funeral is to take place on Monday, under Covid-19 restrictions, limiting mourners to 10 people.

She had sued over alleged misreading or misinterpretation or misreporting of cervical smears in February 2011 and August 2011.

In February 2011 she had a smear test allegedly tested by CPL under the supervision of MedLab. It came back as negative with a recommendation for a repeat smear in six months.

It is also claimed Mrs Lucey was referred to the Scotia Clinic in Tralee, Co Kerry, on April 29th, 2011, where a swab came back negative and she was advised she was HPV-negative.

In August 2011, it is claimed Mrs Lucey had a repeat smear tested by CPL under the supervision of MedLab, reported as negative with a repeat smear recommended for a year later.

The retired nurse developed fatigue in late 2018 and lower back pain in May 2019, was later admitted to hospital for investigations and was diagnosed with cervical cancer in July 2019.

It is claimed, despite regular smear tests, cytological cell changes in Mrs Lucey were allegedly allowed to develop and spread unidentified, unmonitored and untreated until her diagnosis with cervical cancer.

All the claims are denied.