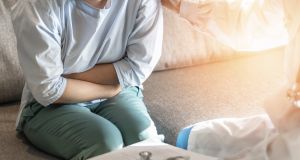 Death rates from pancreatic cancer are predicted to remain stable for men but continue to rise for women. Photograph: iStock

Europe needs to tackle pancreatic cancer, a disease that is almost invariably fatal and where little progress has been made over the past 40 years, according to analysis of mortality trends.

In the latest predictions for cancer deaths in the EU and UK for 2021 published by Annals of Oncology on Monday, researchers call for governments to commit to greater effort to tackle the disease. The survival rate for pancreatic cancer is one of the lowest of all forms of the disease – at 4 per cent.

A team led by Prof Carlo La Vecchia of the University of Milan predicts 42,300 people will die from pancreatic cancer in the EU and UK this year. Death rates are predicted to remain stable for men but continue to rise for women.

With nine out of 10 of the major cancers, death rates will decline by 7 per cent in men and 5 per cent in women between 2015 and 2021 in most EU countries and the UK. More than 1.4 million deaths will occur in these cancers during 2021, they estimate.

An accompanying editorial warns cancer is a severe risk factor for Covid-19 patients, and the pandemic has caused “the paralysis of [cancer] prevention programmes, screening and early diagnosis”.

“It is important that governments and policymakers provide adequate resources for the prevention, early diagnosis and management of pancreatic cancer to improve these trends in the near future,” Prof La Vecchia said.

“If the cancer is detected early, it is easier to treat successfully, but most cases are advanced by time of diagnosis. Avoiding smoking and excessive alcohol consumption, controlling weight and, hence, diabetes are the main ways we know to help to prevent the disease.”

Changes in smoking patterns, improved food storage and better treatments are driving many of the reductions in death rates for cancers such as lung, stomach and breast. Though lung cancer death rates are falling in men, they are still rising in women in many countries as they tended to start smoking during the late 20th century.

ICS director of research Dr Robert O’Connor said Ireland’s cancer figures were largely similar to other European nations. Reflecting the age profile, Ireland’s survival statistics are better but rates are expected to double over the next 25 years, mainly due to an ageing population.

Currently, cases were relatively stable, he said, with a 3 per cent increase in invasive cancers annually – there are 44,000 new cases of cancer diagnosis a year.

With notable improvements in prostate and breast cancer, it meant people were living longer, while nine out of 10 children with leukaemia were being cured.

Dr O’Connor said: “Cancer professionals are very worried about the impact of Covid on cancer numbers and, especially, cancer survival and we fear we will see negative impacts for cancer outcome for up to a decade, even if Covid resolves in the next few months – unless there is a major effort to address the impacts on cancer prevention, diagnosis and treatment.”

This was being compounded by pre-pandemic pressures on the Irish health system. “The effective suspension of screening for much of 2020 will mean some people will now silently get cancer who would have otherwise had abnormal cells identified through screening and removed and never get that cancer,” he predicted.