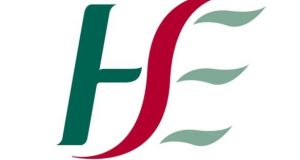 The job description calls for the need to provide strong leadership “in developing an organisational culture that delivers for patients and service users”.

The HSE has advertised for a new director general “to transform the organisation”.

The director general/CEO designate will head Ireland’s largest public sector employer with more than 110,000 staff and a budget of €14.5 billion this year.

“This post is being advertised at a time when public confidence in the health system in Ireland needs to be strengthened,” the job description states.

“The ability to build confidence and trust in the service and a sense of ownership and pride among health service workers will be a key requirement for the incoming Director General/CEO,” it adds.

The job description says the primary focus of the role will be to transform the organisation to deliver for patients and service users.

“This will involve driving and embedding reform, building managerial capacity and enhancing governance,” it states.

It calls for the need to provide strong leadership “in developing an organisational culture that delivers for patients and service users”, in line with Government health policy.

“It will also be necessary to prioritise examination of the structure, responsibilities, capacity, skills and experience at senior level within the organisation, in line with the importance of the organisation to the public and the Government of Ireland,” the description states.

Candidates for the five year contract have until August 9th to apply.