He doesn’t want publicans in Kerry, Cork or Clare to pay the price for breaches in Dublin 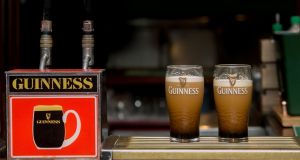 Independent Kerry TD Michael Healy-Rae believes there is a good case to be made for different rules for pubs in rural and urban parts of the country. File photograph: Collins

Independent Kerry TD Michael Healy-Rae has said that people in rural Ireland are genuinely afraid they will be made to pay for the social distancing breaches in pubs in Dublin last weekend.

There was a good case to be made for different rules for pubs in rural and urban parts of the country, he told Newstalk’s Pat Kenny Show.

“If you were a small publican in a rural location who was desperately looking forward to turning on the light, maybe lighting a little fire in the corner and dusting down the cobwebs and opening the doors. They were looking forward to that and now they are afraid.

“They are genuinely afraid that because of what happened in Dublin and because there was so many people out on the streets and they were nearly up on top of each other’s backs, that we are going to pay a high price for that - and we don’t want that to happen.”

There would be more people going into pubs in urban areas, he said, plus there was the issue of pubs and restaurants located near each other where customers, when they came out onto the street, were “spinning over on each other.”

Mr Healy-Rae said he did not want publicans in Kerry, Cork or Clare to have to pay the price for what happened in Dublin.

“So, I would be pleading with the Taoiseach to act sensibly in reacting to what happened and not overreact to it. I don’t want a resurgence of this pandemic,” he said.

“We don’t want more people to get sick and all we all have to do is play our part and play our role. We can’t be blaming the businesses. It is up to ourselves as individuals to act responsibly. It is up to each one of us. You can’t be relying on the State or the Department of Health or anyone else to be doing everything for us.

“It is up to ourselves to police ourselves and act responsibly.”