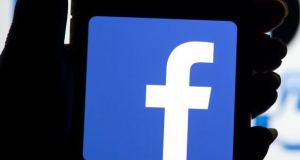 The claim comes as the Advertising Standards Authority of Ireland (ASAI) dismissed a complaint over online marketing of a children’s cereal and only partly upheld another regarding takeaway pizza.

Both adverts, the IHF said, broke rules on marketing junk food to children but went virtually uncensored by the watchdog after a six-month review process.

“Online there is absolutely nothing to stop junk food companies marketing to children and it’s a big problem because of childhood obesity,” said IHF advocacy officer Helena O’Donnell. “[THE ASAI] is not appropriate to handle this.”

The IHF has been pushing for mandatory online regulation of advertising aimed at children and young people and as part of its Stop Targeting Kids campaign has encouraged parents to lodge complaints with the ASAI.

The two complaints finalised by the watchdog this week are the first to complete the process, which the IHF has criticised for being overly technical and time consuming.

One Facebook and Youtube advert for Kellogg’s Coco Pops shows, according to the complaint, children having fun against a backdrop of upbeat music and bright vivid colours with the catch line “How does Coco Pops make you feel?”

The IHF maintains this is in breach of two sections of the advertising code in that it misleads children as to the benefits of a product and condones or encourages poor nutritional habits.

Responding to this, the advertiser said it took the complaint seriously but that the content was aimed specifically at parents and highlighted reduced sugar content.

They also said it highlighted the importance of a balanced diet using images of cereal, fruit and milk. Despite this they undertook to withdraw the advert to avoid any “misinterpretation”.

The ASAI did not uphold the complaints made against the cereal saying it had been aimed at parents.

Separately, the watchdog partly upheld a complaint against a Four Star Pizza ad on Facebook in which a man dressed as a medical practitioner held a pizza slice in one hand a banana in the other. As he smiles at the pizza slice, accompanying text reads “Doctors recommend a balanced diet. So put a pineapple on your pizza and you’re good to go.”

The IHF objected to it making light of the importance of a balanced diet but the advertiser maintained it was not supposed to be, or likely to be, taken seriously. It was also not aimed at children, it said.