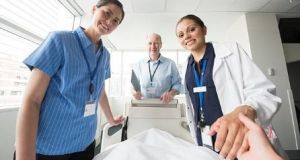 Ever-rising levels of emigration of Irish doctors to Australia is having significant implications for the health service, according to new research.

Medical emigration to Australia has increased year-on-year since 2014, in contrast to general emigration, which has declined with the improvement of the economy here, indicates the study, carried out by researchers with the Royal College of Physicians of Ireland (RCPI).

“This trend suggests that the migration of doctors is not primarily related to economic circumstances, which began to recover in 2013/14, but perhaps to health system factors,” the authors say.

Separate data shows the stock of Irish-born doctors resident in Australia grew from 321 in 2006 to 655 in 2016. A total of 1,305 Irish-trained doctors was registered in that year.

The study, published in Human Resources for Health journal, says the fact doctor emigration has not decreased in line with improved economic conditions in Ireland shows other factors are driving and sustaining the trend. “Large-scale doctor emigration has significant implications for the Irish health system, representing a brain-drain of talent, generating a need for replacement migration and a high dependence on internationally trained doctors.”

Professional networks comprising earlier generations of Irish-trained doctors, and a culture of medical migration in Ireland, have also facilitated growing emigration to Australia.

In 2014, 684 doctors graduated from Irish training schools, but 627 emigrated to various countries, the study points out. “Ireland is losing a large number of doctors relative to the number of doctors it trains, and therein lies the problem.

“Replacing emigrant Irish-trained doctors with internationally trained doctors has enabled the Irish health system to change the doctors in the system rather than changing the conditions with which they were dissatisfied.”

Internationally trained doctors are more likely to fill the least desirable posts in the Irish health system – those with minimal opportunities for specialist training or career progression, the study says.