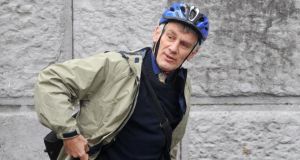 A former consultant neurosurgeon at Cork University Hospital has been found guilty of poor professional performance at a Medical Council fitness to practise inquiry.

Dr Charlie Marks faced 14 allegations of poor professional performance after he performed the wrong procedure on a woman with trigeminal neuralgia, a condition which causes severe facial pain.

Mr Marks who represented himself at the inquiry, did not dispute the allegations and told the inquiry: “There’s little to defend in this case. I did badly.”

Mr Marks retired from practice in 2014 and currently holds a teaching position at University College Cork.

He once featured in an RTÉ programme Surgeons, a documentary which looked at the working life of surgeons.

The inquiry heard Rosalyn Shone, a mother of two, had chronic pain in the left side of her face and was diagnosed with trigeminal neuralgia.

She attended a trigeminal neuralgia support group where she heard about Mr Marks’s expertise in this area and got in touch with him.

He told Ms Shone her condition was atypical and she was referred for treatment in November 2011.

Mr Marks carried out a left trigeminal radio frequency lesioning procedure when he knew this was not a suitable treatment for her condition.

He was supposed to administer Ms Shone a glycerol injection but there was no glycerol in Cork University hospital available on the day of the procedure.

The inquiry was told he failed to tell Ms Shone this was the reason why he would be performing a different type of procedure and that he failed to inform her of the possible risks and side effects.

Mr Marks also failed to ensure Ms Shone was kept in the hospital overnight for observation and failed to provide her with advice in relation to the post-operative care of her eye, the inquiry heard.

Following the procedure Ms Shone was “happy and relieved” to go home and regain a normal life with her husband and two young children after living with chronic pain for nearly two years.

Ms Shone wrote a letter thanking the staff at Cork University Hospital for the care she received at the hospital.

Within a few days of the procedure, she began to feel unwell. Her left eye became sore and she experienced blurred vision and numbness on the left side of her face.

Mr Marks told the inquiry: “I don’t believe I should defend the indefensible” and said he failed to warn Ms Shone adequately of the risks the procedure involved.

“I clearly made a succession of errors and mistakes. It’s legally indefensible,” he added.

Mr Marks said he accepted the allegations made against him and said he has no intention of returning to medical practice.

The fitness to practise committee’s decision will now be forwarded to the board of the Medical Council which will decide on what sanction to impose on him.