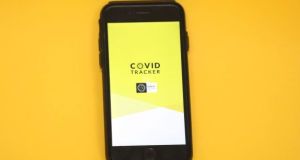 The number of people who have received close contact alerts through the Republic’s Covid Tracker app has reached 137 since the app was launched on July 7th.

Of those 137 close contact alerts, 129 people have subsequently chosen to speak to the HSE’s contact tracing team for advice and to be offered testing.

Latest figures from the HSE show that up to lunchtime on Friday, 1,471,524 people had downloaded the app.

Fran Thompson, the HSE’s chief information officer, said that on average 10,000 to 20,000 people were downloading the Covid-19 tracker app every day, with the figure tending to be higher after “bad news” such as a significant rise in the number of coronavirus cases.

Mr Thompson said the launch on Friday of the Northern Ireland contact tracing app, called STOPCovid NI, was a significant development, especially for those living in Border areas, as the two Irish app systems would shortly be able to work together. This means that people living in either jurisdiction who had contact with someone from across the Border who tested positive for the virus would receive a close contact alert.

“This is a huge leap forward. There will be interoperability between the two apps,” said the HSE executive.

It is expected the two apps will be co-operating as early as the end of next week.

The most recent figures for the Republic’s Covid Tracker app show that the average number of people using the optional daily check-in each day to record their symptoms is 280,000.

The HSE also revealed that 58 people who have tested positive for Covid-19 have uploaded the random IDs that have been generated by their phone in order to anonymously alert people who they were in close contact with.

Mr Thompson said that while 129 of the 137 who received close contact alerts through the app had followed up with the contact tracing team, it would be wrong to assume that the other eight had not been tested as they may have dealt with the manual tracing service.

It has gone really well, and the public interaction has been very positive

Figures for the number of people who tested positive after receiving close contact alerts have not been released. According to the HSE, that information will be available once sufficient data has been gathered.

The HSE said its contact tracing operation was at the centre of the health service response to combat Covid-19 and protect communities.

Mr Thompson said that the HSE was pleased with the public’s response to the app, with the uptake here considerably higher than in many other countries.

“It has gone really well, and the public interaction has been very positive,” he said.

The HSE is now looking at the possibilities of adding new languages to make the app more accessible to immigrant communities such as Polish, Lithuanian or Latvian people.