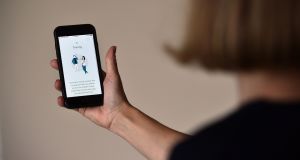 The shielding period for around 80,000 vulnerable people in Northern Ireland has come to an end.

Those with serious medical conditions are able to venture outside from Friday for the first time since March as coronavirus restrictions ease.

Ministers are encouraging shoppers to wear face masks to limit virus spread and the measure could be enforced by later next month if not enough people comply voluntarily.

Minister for Health Robin Swann said: “Many of those who have been shielding will understandably be nervous about leaving their homes for sometimes what will be the last time so we can all play our part in assuring them by showing kindness and consideration.”

Those shielding included people with conditions like multiple sclerosis or rheumatoid arthritis which would leave them particularly at risk should they be infected by coronavirus.

They received special food parcels delivered to their door and other official support.

Stormont’s chief medical officer Dr Michael McBride said: “I realise how difficult a time this has been for you and your families, your actions have undoubtedly saved lives.

“For the rest of us, think of everyone you meet as someone who may have been shielding.

On Friday, the North’s Department of Health said 10 more positive cases of coronavirus had been detected, bringing the total number of people who have test positive to 5,948.

No new deaths were recorded for the 18 day in a row, leaving the total in the region at 556, according to official figures.

However, figures published on Friday by the Nisra official statistics agency showed that four deaths involving Covid-19 occurred in the last week, from July 18th to 24th, bringing the total of deaths to 854.

The 357 deaths which occurred in care homes and hospices involved 81 separate establishments.

The department figures report deaths of patients who had tested positive for the virus whereas the Nisra figures are based on information entered on death certificates.

Northern Ireland’s Covid-19 contact-tracing mobile phone app has become the first in the UK to launch.

It is called Stop Covid NI and is aimed at interrupting the spread of coronavirus by finding those most at risk of catching it.

Amnesty International said it set a benchmark for data privacy.

It uses a privacy-preserving decentralised model.

No personally identifiable information/data is collected through the app – it only uses non-identifiable, randomly generated codes and shares only that information.

There are no hidden features to track citizens and it does not track geographical location.

Northern Ireland director Patrick Corrigan said: “We want to thank the Department of Health for listening to our concerns and broadly adopting our recommendations.

“As such, the Northern Ireland tracing app now sets a benchmark for data privacy, which must be matched by any other contact tracing apps developed elsewhere in the UK.” – PA