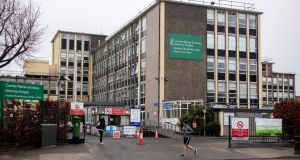 It remains unclear where the real decision on the vaccination rollout are being made. Photograph: Colin Keegan/ Collins Dublin

News that the Coombe hospital gave 16 doses of Covid-19 vaccine to family members is head-turning but it is also symptomatic of wider issues around fairness in the rollout of the vaccine.

A proper investigation is needed to establish whether sufficient efforts were made to find more deserving recipients for the doses, and whether they were actually due to expire, as the hospital has claimed.

It is vital supplies are not wasted, and that flexibility exists in the immunisation rollout to ensure this does not happen. The wider problem is a lack of transparency around the distribution and administration of the vaccine and, until last week, a lack of rules to decide who should get supplies first.

The Government did publish a list of priority groups back in early December, which put residents and staff in care facilities and then frontline healthcare workers in the top two priority groups. But this document did little to clarify what constituted a frontline healthcare worker and it is worryingly vague about some later categories such as the one giving priority to “key workers”.

Since late December, almost 80,000 healthcare workers have been vaccinated. Information about the distribution of these vaccines has been scant and stories about unfair allocation have multiplied. Some precious supplies were wasted until it was realised a sixth dose could be extracted from each vial.

All this is undermining the programme at a time when vaccination staff are working impressively to inoculate people as fast as supplies come in.

The HSE takes ownership of the vaccine when supplies arrive at its cold chain storage centre in Dublin. Individual hospital groups are allocated a share of the supplies which are then distributed to hospitals.

Some hospitals have had enough to immunise all their frontline staff; others are only part-way through this process; and other hospitals again have received no supplies.

The Dublin maternity hospitals appear to have been over-supplied, even though they are not dealing with the most vulnerable patients. The National Maternity Hospital has administered more than 1,200 doses, when its staff complement is about 900. Here and in other locations, extra supplies have been given to local GPs and other deserving recipients, but again the process is opaque.

Separately, many frontline staff in the HSE are unhappy that staff in the private Beacon Hospital have been vaccinated when colleagues in the public sector are still waiting for a dose.

Because of wider temporary issues around the supply of the Pfizer/BioNTech vaccine affecting all European countries, there will be reduced deliveries to Ireland this week, thereby prolonging the inequities established in the first months of the vaccine rollout.

Last week, the HSE finally published much-needed guidance on prioritisation (“sequencing”) among frontline healthcare workers, which suggests standby lists be drawn up to ensure supplies are not wasted if frontline staff are not available. Up to now, hospitals have had to make up their own rules for allocating supplies.

Another problem with the misallocation of vaccines, as has happened at the Coombe, is that those people who received a first dose out of sequence will require a second one in three to four weeks’ time, thereby further depriving people who are most at risk of the opportunity to be immunised. Further, we don’t know whether sufficient supplies will be available at that time.

The lack of transparency around the system has been exacerbated by delays in starting the IT platform for the vaccination programme. This was promised before Christmas but went live only last week; up to then there was heavy reliance on manual input of data and no real-time insight into where vaccines were being administered. The promised daily count of doses supplied and administered has yet to materialise.

Finally, it remains unclear where the real decisions on the vaccination rollout are being made. Experienced staff talk privately about being excluded from decision-making. Is it the Department of Health? The HSE? Or even the Department of the Taoiseach?