Brexit ‘in any form’ detrimental to Britain’s health

Most vulnerable, including poor reliant on food banks at risk – British Medical Journal 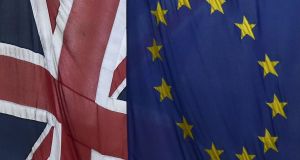 The British Medical Journal argues that a faltering post-Brexit economy is likely to make this worse. Photograph: Reuters

Brexit in any form is bad for people’s health and will cause inevitable food shortages in the United Kingdom, according to the latest issue of British Medical Journal. However, it says that even at this late stage it can be prevented,

“Severe threats to the supply of health workers; access to pharmaceuticals, medical isotopes (essential for some cancer treatments), health technology, and much else” in the UK due to Brexit, are cited by prominent public health doctors Mike Gill and Martin McKee; journal editor-in -chief Fiona Godlee and Mark Malloch Brown of Best for Britain pro-remain campaign group.

Cuts to National Health Service funding will also arise under all post-Brexit scenarios, they conclude.

“If we knew that an infectious agent posed a serious threat to the health of our population and we could prevent it, then we would have no hesitation in demanding and ensuring that something be done. Yet when we are faced with clear evidence that political decisions will cause harm, many of us feel we should be silent,” the group note in an editorial.

“Whatever our views as individuals, or how we voted in the 2016 referendum, we can no longer escape the fact that Brexit in any form so far discussed is bad for health,” they add.

They acknowledge ultimately politicians decide but say “we have a responsibility to ensure they do so on the best evidence available, regardless of where the threat comes from”. The risks to people’s health and to health services were becoming starker, they say. This was against the backdrop of improvements to UK health “stalling, with several years of austerity taking its toll”.

A faltering post-Brexit economy is likely to make this worse, especially for the most vulnerable in society, they warn. “The social safety net is stretched . . . The most vulnerable, including the growing numbers who rely on food banks, will be the first to bear the brunt of inevitable food shortages.”

They called on UK health professionals to help mobilise public opinion for a “people’s vote” on the details of any deal negotiated by the UK government “to protect public health”.

They point to a report published last month by the think tank Global Future, which says the “Norway” option, by which the UK would remain in the European Economic Area, “would reduce public finances by a figure equivalent to 9 per cent of the NHS 2018 budget”.

“The Canada option, involving a future free trade agreement, would mean funding cut by 31 per cent; no deal by 44 per cent; and the government’s preferred option – if it is achievable, which most commentators doubt – by 22 per cent,” they add.

As public health advocates, they say “we can document the impact that the threat of Brexit is already having on NHS patients and staff, with increasing accounts of shortages of health workers,” they note – increased NHS funding would result from Brexit, leave campaigners claimed during the referendum campaign.

As citizens “we can lobby our MPs. Some can spread the message through social media.” As professionals “we can share the facts with each other, and with our patients and the wider community”, they note.

Ultimately, politicians decide, “but we have a responsibility to ensure that they do so on the best evidence available, regardless of where the threat comes from. With Brexit, the evidence is now very clear,” the group conclude.