At least 18 affected by CervicalCheck issue still waiting for slides

‘Small number’ of slides being processed and will be released shortly, HSE says 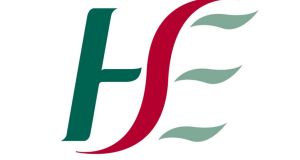 The HSE said it had set up a client services unit in the National Screening Service to “ensure the timely provision of cervical screening records to women or their legal representatives”.

At least 18 women affected by the CervicalCheck controversy are still waiting to receive their slides back from laboratories, it has emerged.

And solicitor Cian O’Carroll, who represented campaigner Vicky Phelan at the High Court, has said the true figure is likely to be closer to 50. The Health Service Executive has apologised to the women affected by the delay and said it was “anxious” to resolve the issue.

The HSE previously said 22 days was the average waiting time for women to receive their medical information back after requesting it.

Mr O’Carroll is in dispute with the HSE over what he says is the quality of photographs of the slides. The issue is now set to go before the High Court on the 20th of December.

“At the heart of this issue is having a system that women can trust will protect the evidence,” Mr O’Carroll said on Sunday.

A spokesman for the HSE said it had set up a dedicated client services unit in the National Screening Service to “ensure the timely provision of cervical screening records to women or their legal representatives”.

“This includes the release of cervical screening slides and the HSE has developed a specific protocol with laboratories to manage this process and to ensure the integrity of the slides. This is in the interest of all parties but particularly the women themselves.

“All legal representatives have accepted the need for such a protocol and agreed to its provisions, with one exception. This has allowed us to process 48 requests to date, involving 16 individual solicitors.”

The HSE said a “small number of slides are currently being processed and will be released shortly”.

“We are aware of a large number of requests from one individual legal representative for the release of slides. Despite our best endeavours agreement has not been reached in terms of the accepted protocols in this instance.

“We are anxious to facilitate these requests in the same manner and look forward to an early resolution of this issue,” the spokesman said.

“The HSE apologises to patients affected by any delay and assures them that we are doing our utmost to expedite the release of all slides by laboratories, in line with accepted protocols.”

Co-leader of the Social Democrats Catherine Murphy described the situation as “disgraceful”.

“During the Public Accounts Committee, the HSE never revealed that there was a dispute. I could only rely on the people who contacted me, at that point it was eight women. When I was raising this issue in the PAC the HSE did not seem to know what I was talking about.”

She said the situation was “prolonging the agony” for the women in question.

Mr O’Carroll said the figure of 18 related to women who had initiated legal proceedings. Including those who had not yet initiated proceedings, the figure is closer to 50, he said.

He said he had seen instances of poor photography of slides and one case where a slide had arrived broken.

Meanwhile, Minister for Justice Charlie Flanagan promised yesterday that he would appoint more judges before Christmas after a High Court judge warned that people who have sued over alleged delays in cancer diagnosis and alleged misdiagnosis may die before their cases are heard.

Calling for more judges to be appointed to the High Court to deal with the personal injuries list, which has been swamped with complex cases including those related to the CervicalCheck controversy, Mr Justice Kevin Cross said without more judges on the bench he did not know how they could get all the cases heard.