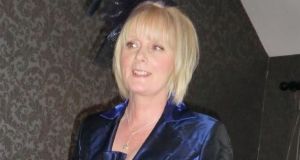 Julie O’Reilly, who died on October 6th, 18 months after being diagnosed with cancer, had five tests under the CervicalCheck screen programme.

A 60-year-old woman died last month of complications of cancer after four successive smear tests carried out under the CervicalCheck programme missed evidence of pre-cancerous cells.

Julie O’Reilly, a mother of four originally from the Isle of Man, was the 19th of the 20 women caught up in the CervicalCheck controversy to die. She has not been identified before, but her husband, Tony, has spoken to The Irish Times about what he believes are unanswered questions about her case.

Ms O’Reilly, who died on October 6th, 18 months after being diagnosed with cancer, had five tests in all under the CervicalCheck screen programme.

She was not told until this summer that an audit, which was carried out after she was diagnosed with cancer in 2017, had resulted in four of her five smear tests being recategorised. These tests were carried out under CervicalCheck between 2009 and 2013.

“My wife might be here if they had picked up something back in 2009 and followed it through,” her husband said.

The HSE has said it does not comment on individual cases.

Ms O’Reilly’s first test, in January 2009, showed changes known as atypical glandular cells and she was brought back for a second test after six months.

The subsequent audit of this slide showed evidence of high-grade squamous intraepithelial lesion (HSIL), a more serious indicator of pre-cancer. Had this been detected in 2009, Ms O’Reilly would have been sent for immediate colposcopy, which is a visual examination of the cervix.

She had three further smears in 2009 and 2010, all of which were normal. On review in the audit, evidence of HSIL was found.

A final smear in September 2013 was found to have no abnormalities, both when it was originally taken and on review.

CervicalCheck is a screening programme rather than a diagnostic tool with an inherent error rate. It is known that about five out of every 1,000 smear tests will result in a false negative, meaning the indications of cancer were present but not detected. Not all such false negatives are capable of being picked up by a competent tester.

However, the family’s solicitor, Cian O’Carroll, says Ms O’Reilly “lost her life as a result of the way these slides were read”.