How appropriate was it for Dr Bernadette Scully to act as GP to an ill family member? 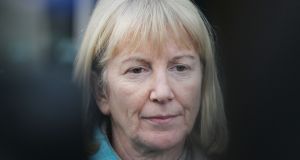 Bernadette Scully pictured leaving the Central Criminal Court in Dublin after she was found not guilty of the manslaughter of her daughter, Emily Barut (11), in September 2012. Photograph: Collins/Courts

The death of Emily Barut (11) and the subsequent trial of her mother Dr Bernadette Scully on the charge of unlawfully killing her by administering an excessive quantity of chloral hydrate in September 2012, is a deeply tragic story.

What emerged during the case was a picture of a very caring mother who gave her all to looking after her severely handicapped daughter.

Dr Scully’s selfless care was attested to by her partner, the local pharmacist and her sister, who told the court: “Bernie’s instinct was to care . . . With her love, compassion and devotion to that little baby . . . she decided to use her expertise as a doctor to improve her life, her outcomes.”

Her comment brings us to a key question: how appropriate was it for Dr Scully to act as the GP to a chronically ill family member?

The eighth edition of the Medical Council’s Guide to Professional Conduct and Ethics, published this year, has a section on the treatment of relatives. It says:

The seventh guide was extant in 2011. It stated: “Except for minor illnesses and emergencies, it is not advisable for you to treat members of your own family or issue prescriptions, sick certificates or reports for them.”

Many doctors would treat a family member in an emergency on holiday. But most of us would insist on the family member seeing their own GP as soon as is practicable for the doctor to formally retake care of the patient.

Apart from it being the professionally “right” thing to do, in the back of your mind you are concerned with two immediate issues: Have I got the diagnosis right? And have I prescribed the appropriate treatment?

A doctor cannot remain objective when medically managing someone who is dear to them. The evidence suggests we either under- or over-treat, or carry out inappropriate investigations. It seems a doctor’s emotional investment in a close relationship skews normal professional performance.

State pathologist Prof Marie Cassidy gave the cause of Emily’s death as chloral hydrate intoxication. Chloral hydrate is a sedative drug, first used in the 19th century. It has also been used off-label as an anti-convulsant.

Court testimony suggest it was used by Dr Scully for breakthrough symptoms. Dr Scully gave evidence of researching the possible use of the drug herself in consultation with Emily’s specialist.

These and other decisions may have a bearing on how Emily had 10 times the normal blood level of chloral hydrate at post mortem. It is a toxic level, with potentially dangerous consequences such as depression of the respiratory centre in the brain and cardiac arrhythmia.

Dr Scully’s acquittal means the jury considered Emily’s death a tragic accident. Medical aspects of the case, while relevant, pale into insignificance in the overall context of a mother’s loss.