Almost half of people with mental health issues ‘hide problems’ 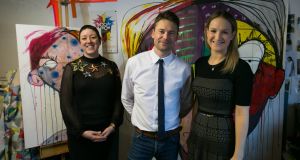 A festival aimed at removing the stigma around mental health issues will take place in Dublin on New Year’s Day.

First Fortnight – a mental health arts festival that begins in Dublin on Sunday – found that 49 per cent of people would not want anyone to know that they were experiencing mental health problems.

The survey of 1,366 attendees was carried out at the First Fortnight festival last January.

The survey also found that only 10 per cent of respondents had not experienced mental health issues themselves or through a close family member or partner.

Some 17 per cent of respondents said ‘no’, ‘don’t know’ or didn’t respond when asked if they would be willing to live with someone with a mental health problem.

“It seems fear of stigma or being judged is still an issue and there is still a lot of work to be done by mental health campaigns and projects such as First Fortnight in this area. However, thankfully, this does not seem to impact the majority of people when it comes to seeking medical treatment if needed for mental health problems,” said Mr Swaine.

“This suggests that while people desire privacy and fear stigma, if necessary, they will put their health first and seek help.”

The First Fortnight festival begins on January 1st and runs throughout the first two weeks of the month at various venues around Dublin, including the IFI, Workman’s Club, and National Botanic Gardens. Admission for each event ranges in price, and some are free of charge.