No evidence mica dust has ill-effects on health - HSE 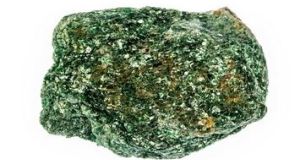 The Health Service Executive says there is no evidence that a mineral blamed for defects in hundreds of houses in three counties also has ill-effects on health.

A review by a HSE public health specialist found no evidence of harm from exposure to low levels of mica dust, a silicate which is at the centre of a pyrite-type controversy in the affected counties.

Over 400 homeowners who are members of the Mica Action Group are seeking redress from the Government over alleged damage to their homes caused by mica-containing building blocks.

The last government agreed to set up an expert panel to investigate the issue. Minister of State for Housing Damien English is expected to receive its report in late January and to publish it the following month.

The group says mica weakened the blocks, causing them to crack. It says the resulting structural dangers have forced many families to leave their homes.

It asked the HSE to investigate possible health effects from the mineral and the Department of Health to draw up guidelines for GPs providing mental health supports for affected families.

“As you can imagine, finding out that your home is of no value is devastating,” says Mary Connors, one of the members of the group. “Many of our families have had to leave their homes for safety reasons. Many insurance companies will not insure the houses.”

Ms Connors says many families “can’t cope” with the fact that their homes contain mica, or that they have to pay large sums to have them tested.

“It has taken three years to finally have the Government look into this issue. The stress that is placed on families is overwhelming.”

The expert panel, chaired by former senior local government official Dennis McCarthy, was due to report last May. Members have met eight times and have visited affected homes in Letterkenny and Inishowen in Co Donegal, and Ballina and Belmullet in Co Mayo.

The problem is thought to affect over 300 homes in northern Donegal, together with about 40 in Mayo and a handful in Louth. Blocks used in the construction of the houses have begun to crack and disintegrate, evidenced by cracked cement plaster covering the blocks.

The phenomenon can also affect internal walls, as well as foundations in which blocks have been used.