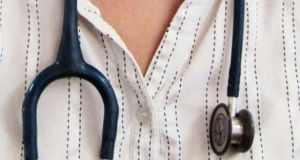 There are now nearly 150 more senior managers in the Health Service Executive (HSE) than at the time of the economic crash, new official figures show.

There are now nearly 150 more senior managers in the Health Service Executive (HSE) than at the time of the economic crash, new official figures show.

In March 2009, before the introduction of a moratorium on recruitment across the public service, there were 932 senior managers in such positions.

The figures released in answer to a parliamentary question tabled by Fianna Fáil health spokesman Billy Kelleher show that the number of senior managers increased by 95 over the last year.

Mr Kelleher said it was disappointing the HSE could not recruit medical staff at the rate they did managers.

“A total of 95 managers have been recruited, while just nine extra emergency medical consultants were taken on.

“Furthermore, other figures provided to me show that there was actually a fall in nursing staff between July and October 2016.”

The HSE said of the 1,075 whole-time equivalent staff at grade VIII and above, 48 per cent of these posts related to management and administrator roles in hospital and community services.

The HSE said 85 per cent of these personnel were at grade VIII/general manager level and typical roles included service managers.

It said expanded governance and reporting requirements, together with information and communications technology (ICT), and ehealth developments had also necessitated the creation of new posts at these levels.

“The balance are in professional and technical positions in finance (accountants), HR (human resource specialists), ICT, procurement, internal audit and so on.”

The HSE also said that some changes to the numbers in management grades arose from “regularisation of staff who filled certain senior posts during the time of the recession without the pay or requisite seniority which was provided for by the Haddington Road Agreement, following disproportionate reductions arising out of the general moratorium on recruitment, together with various exit schemes from 2009”.

The HSE also said that in addition to the regulatory, management and governance functions around the provision of health and social care services, “ongoing significant restructuring of the health services is currently under way following a Government decision which arguably involves the largest public sector reform programme in the country’s history”.

“Once completed, there will be a change from the current centralised decision-making model to one where decisions on service delivery will be closer to patients.

“This involved the creation of seven hospital groups and nine community healthcare organisations together with a number of service divisions that puts greater focus and rigour to the delivery of certain services such as mental health, care of the elderly and disability services.”

It said this had led to a requirement for additional managerial roles to ensure compliance with governance standards so as to ensue better outcomes for our patients.

“The need for a properly resourced, motivated and skilled cohort of senior management is critical to the delivery of a patient-/client-focused public health sector, providing maximum efficiency and value for money for the taxpayer, while striving to meet the growing demands and expectations of the general public.”